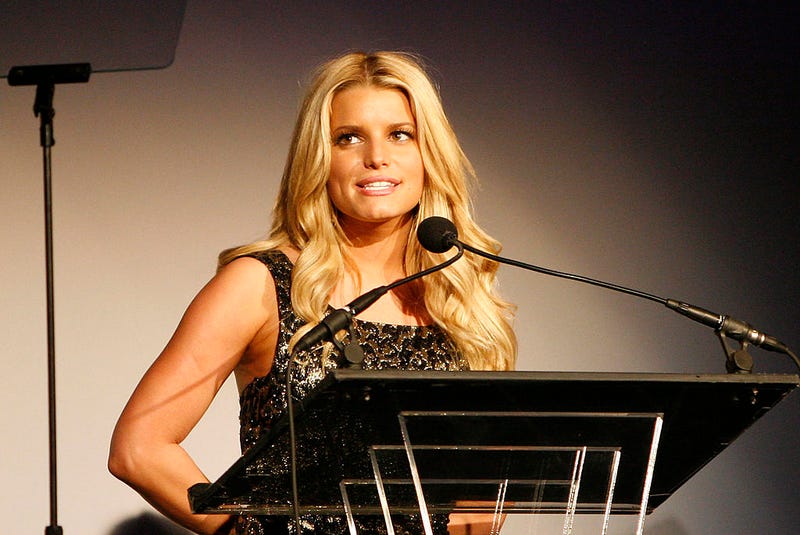 Jessica Simpson is really showing mothers across the country that it is okay to have bad days!

The 39-year-old took it to Instagram to share her funny mom moment with her followers. She posted a photo of herself tied to the car by a seat belt.

In the photo, Simpson wore an emerald green coat with fur sleeves, a flannel shirt with black jeans and oversized sunglasses.

The mother-of-three wore this outfit to one of her kids' holiday production, according to her Instagram.

"These beautiful kiddos did an amazing job performing on stage in front of a couple thousand people for their school holiday concert 🎄 #MAXIDREW #ACEKNUTE," Simpson captioned the photo.

Back in October, Simpson stunned the world when she announced she had dropped 100 pounds six months after giving birth to her daughter, Birdie Mae Johnson, in March.

Harley Pasternak has been Simpson’s trainer for over 12 years and said while they usually focused on her workouts, this time he put more emphasis on what she did outside the gym.

His main tactic was to have Simpson adhere to “five daily behaviors” that would help her reach her goal in the optimal amount of time.

“We made sure Jessica’s Fitbit read at least 12,000 steps every day before she went to bed, made sure she got at least seven hours of quality sleep a night, [and] unplug from technology at least one hour a day,” Pasternak said.