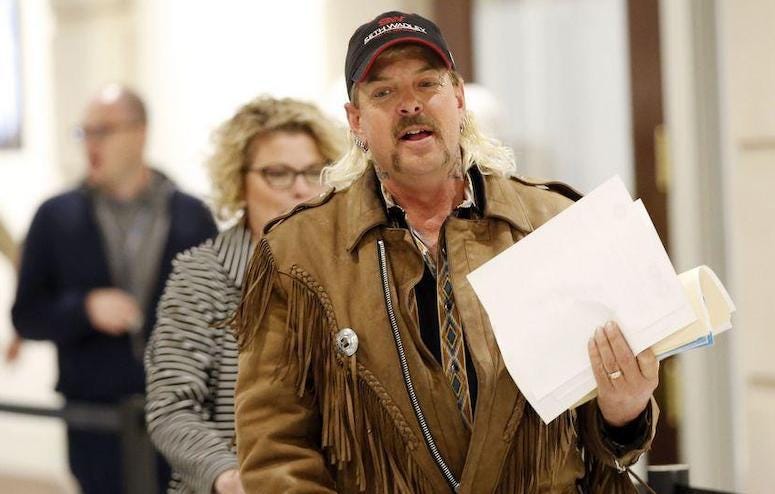 Just after announcing his own dating show, it seems that "Tiger King" star Joe Exotic may be getting out of prison earlier than we all thought.

Exotic is currently two years into a 22-year sentence in the murder-for-hire plot against his rival Carole Baskin, though according to Circuit Judge Gregory Phillips, since the courts didn't group the two murder-for-hire convictions at sentencing, he vacated the sentence. 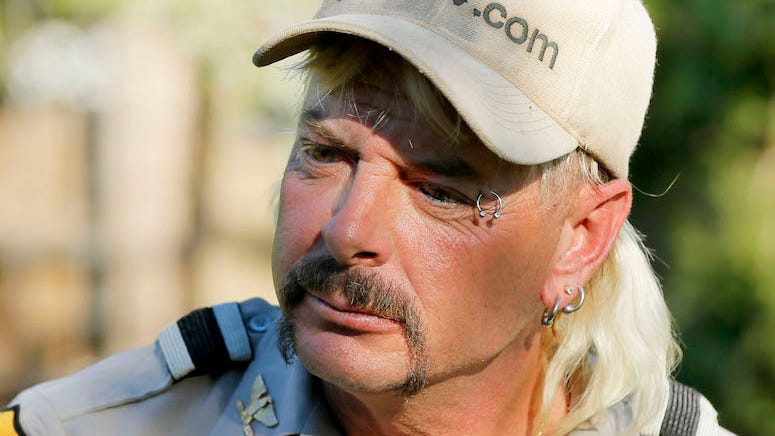 Exotic, real name Joseph Maldonado-Passage, tried to pay one of his park employees Alan Glover to kill Baskin and when that fell through, tried to hire an undercover FBI agent to do the same.

Judge Phillips wrote in his proceedings, "We hold that the district court acted within its discretion by allowing Baskin to attend the full trial proceedings despite her being listed as a government witness, but that it erred by not grouping the two murder-for-hire convictions at sentencing. Accordingly, we affirm the conviction but vacate the sentence and remand for resentencing."

In April, Baskin extended an olive branch to Exotic, offering to support him getting out of prison if he supports the Big Cat Safety Act, a mandate that prohibits ownership of big cats.