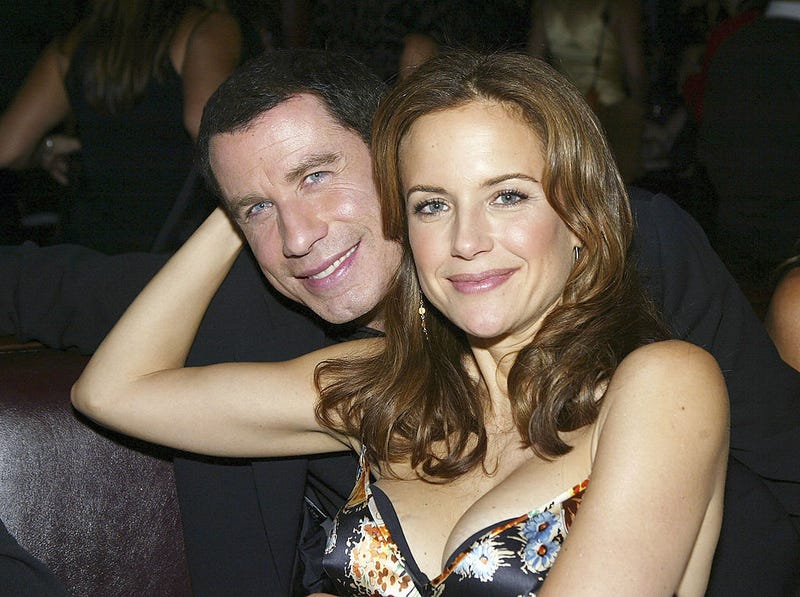 In honor of her last film, John Travolta posted a touching tribute to his late wife of 28 years, Kelly Preston.

The actor, 67, shared the trailer for the last movie Preston filmed, “Off the Rails,” on Instagram, writing “Off the Rails is Kelly's last film- she was very proud of it and of all of the wonderful talent that she got to work with in it.”

Ella Travolta, the daughter of Preston and Travolta, shared a similar message about her mom’s upcoming film.

Travolta, 21, wrote that she is “very proud of my mother's last film and I know she was too. She very much enjoyed the time she had making this wonderful picture and all of the lovely people she got to work with.”

“Off the Rails” was released in theaters in the UK and Ireland on July 23. It tells the story of a group of friends in their fifties who recreate an inter-rail journey across Europe with the 18-year old daughter of their recently deceased friend.

Hello! reports that Preston’s costars Sally Phillips and Jenny Seagrove wore necklaces with Preston’s name on them to the movie’s premiere in tribute to her.

Preston died of breast cancer in July of 2020 at the age of 57. “It is with a very heavy heart that I inform you that my beautiful wife Kelly has lost her two-year battle with breast cancer,” Travolta said when he announced the news. “She fought a courageous fight with the love and support of so many.”

The couple had three children together -- Ella Bleu, Benjamin, and Jett Travolta.

They famously weathered the death of their son Jett, 16, who died after a seizure on a family vacation. The death launched a court case, forcing the couple to testify after the ambulance driver and his lawyer attempted to extort $25 million from the grieving parents in exchange for not exposing personal information about their son's death.