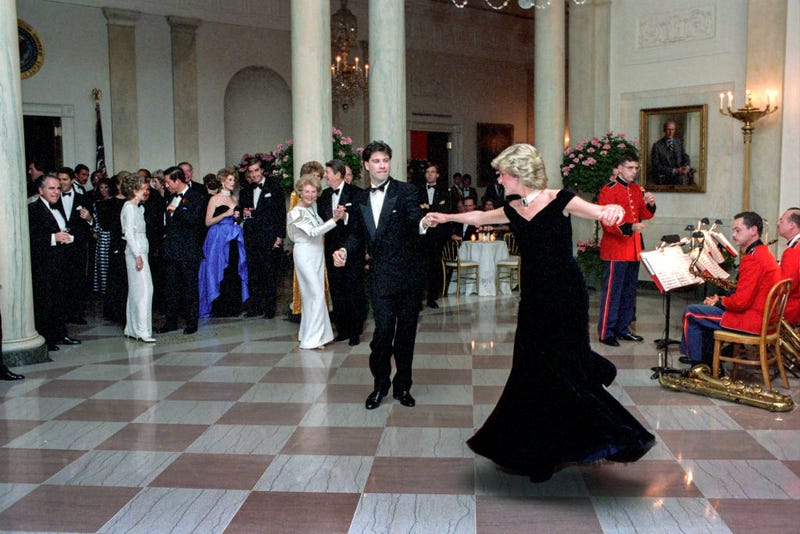 The actor’s fleet-footed character in “Saturday Night Fever” is legendary. But when Travolta himself got a chance to dance with Princess Diana, he was the one taken aback.

Photojournalist Pete Souza — who served as the Reagan administration's chief official White House photographer — captured the dance in a series of famous photos taken at a White House dinner in 1985.

Yesterday, Souza posted one of the shots on his Instagram feed in honor of what would have been the late Princess of Wales's 60th birthday.

On Friday, Yahoo Entertainment reposted an incredibly charming interview clip with Travolta from 2019 where he recounts that magical moment when he got a chance to trip the light with the beloved Princess.

It’s obvious the brief dance made a huge impression on the “Pulp Fiction” star, as nearly 35 years later he recalls vivid details, specifically about her dress.

“I remember it was black velvet,” said Travolta. “I know because I touched it, and I danced with her in it. And it fit her very beautifully… I probably could sketch it in my mind, because it was so specific.” 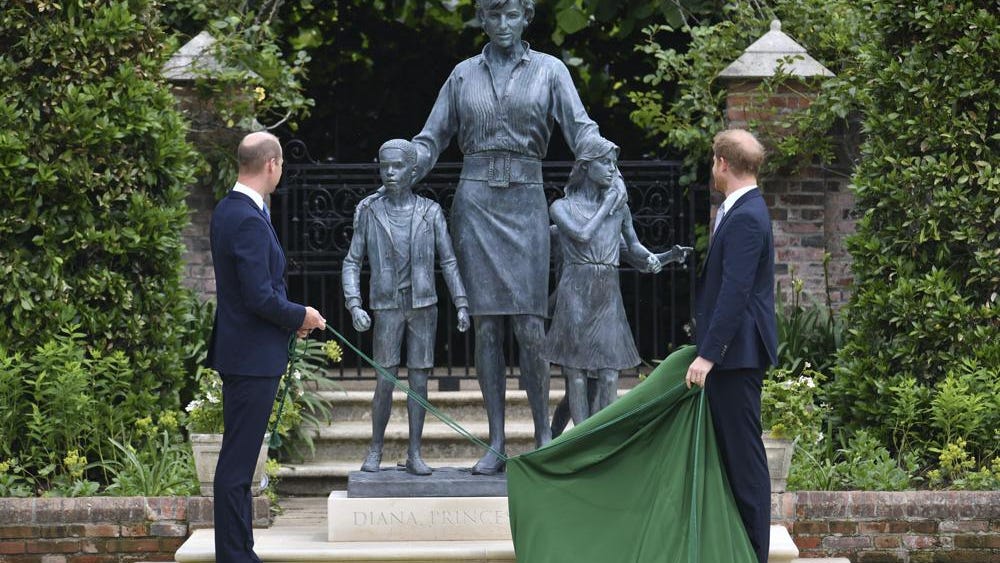 Aside from sartorial memories, Travolta recalled how the two discussed Clint Eastwood being late, which is kind of cool in a very Clint Eastwood way. Even Diana asked Travolta, “Well, what else is more interesting than being here tonight?”

Travolta confirms the “Dirty Harry” star did eventually show up, “and she was excited to meet him,' said Travolta. "But I think I was the one she was most excited [about]."

Apparently earlier in the evening, Nancy Reagan — who had organized the event during the Royal couple’s U.S. tour — let it slip that Diana was going to ask Travolta to dance with her and, as Travolta says with a huge grin, “that this was the plan — that I was Prince Charming of the evening.” 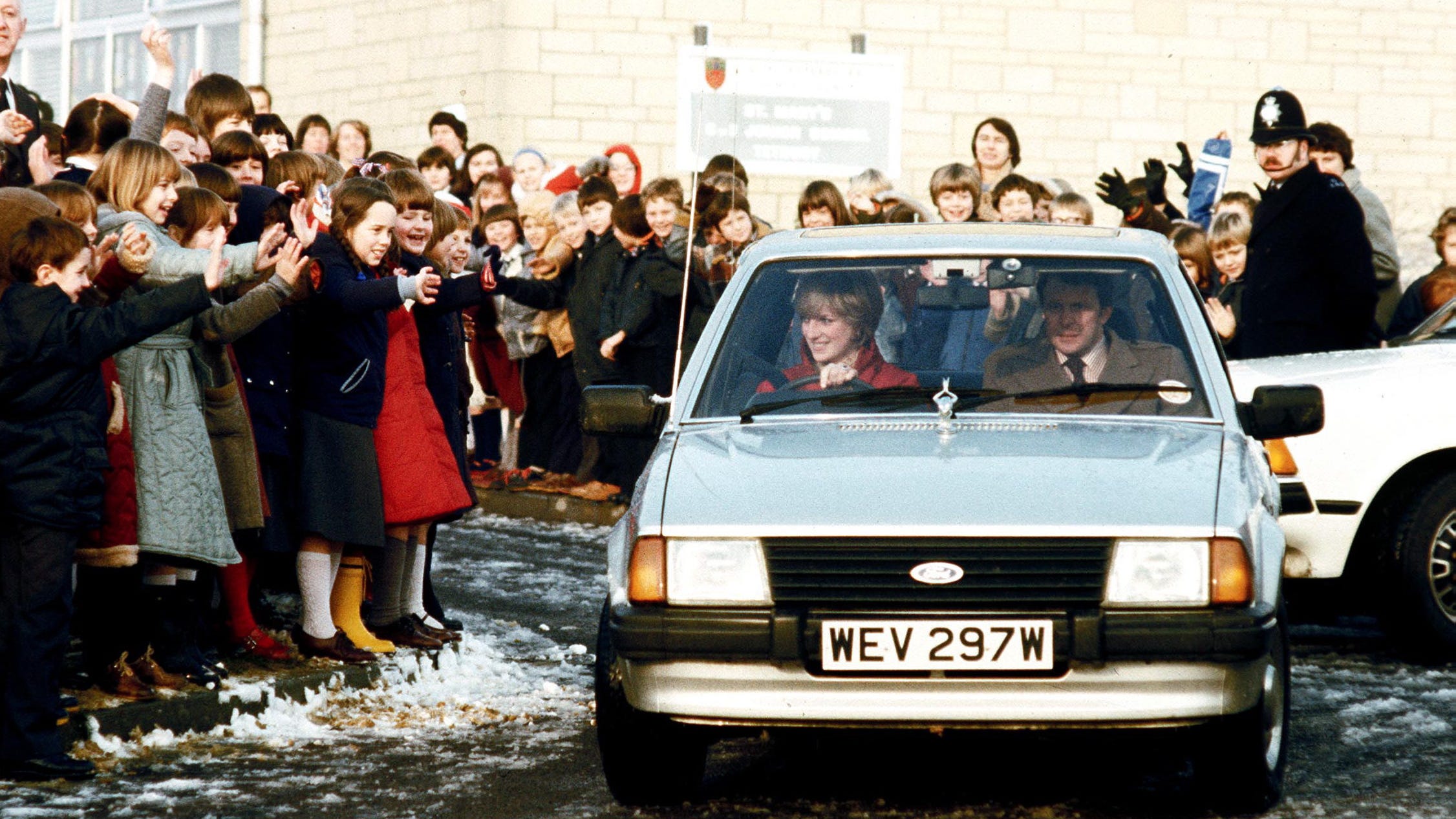 And if that seems a little cocky, he immediately admits he was nervous. Especially when watching Diana dance with Prince Charles — with her leading. Travolta says, “Well that’s not going to happen,” Travolta insisted.

The simple little image of Diana taking the lead in a Royal dance at the White House offers metaphorical miles of thought of Diana’s role in that marriage and the future of where power dynamics in the Royal Family were going.

But to Travolta in that 1985 moment, it was just a reminder of old school dance lesson rules. “I’ve got to go back to my school days of learning ballroom dancing and show her that I can lead her.” Something Prince Charles wasn’t always interested in. 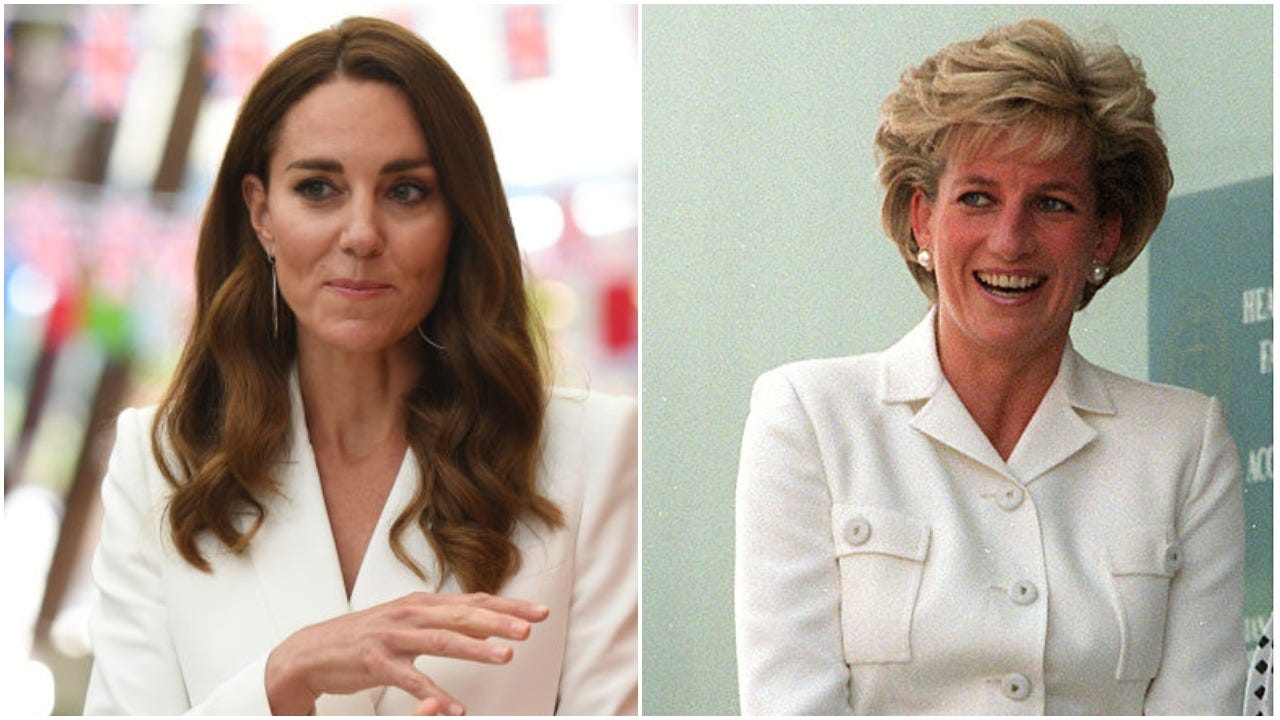