The royal birthday boy is cuter than ever!

In the pics, which were taken by the doting mom, little Louis can be seen with his hands covered in rainbow paint.

Dressed in a checkered shirt and sporting a full head of perfectly coiffed hair, the Duchess of Cambridge’s son also showed off one his masterpieces and proved he couldn’t be any more precious.

“Sharing a sneak peek of Prince Louis’s handiwork ahead of his second birthday!,” the caption read.

”We are pleased to share images ahead of Prince Louis’s second birthday ... taken by The Duchess this April.”

While it’s unclear how Kate and husband Prince William will be celebrating Louis’ big day, the royal family has been practicing social distancing amid the coronavirus pandemic.

Earlier this month, the Duke and Duchess of Cambridge were forced to celebrate Easter away from Queen Elizabeth. 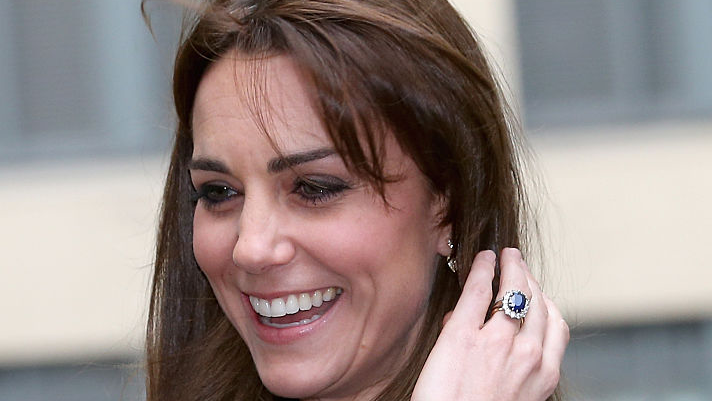 Why Kate Middleton Isn't Wearing Her Wedding Ring While Self-Isolating

While the Queen reportedly celebrated the holiday privately at Windsor Castle, Kate and William remained at Anmer Hall, about 10 miles north of London, where they’ve been self-isolating and working from home.

But to keep a sense of normalcy for their children, Prince George, Prince Charlotte, and Prince Louis still participated in a traditional Easter egg hunt.

The royal family hasn’t been immune to the pandemic as William’s father, Prince Charles, tested positive. He has since recovered.