Kathie Lee Gifford knows that everyone has a story, but when it comes to dating in her sixties, she’s “just looking for a guy that’s got real teeth. That’s it.”

The television host and actress lost her husband of 29 years, Frank Gifford, in 2015, and though she says she doesn’t “expect any man to ever fill my husband’s cleats,” she is open to dating again. Gifford, a former New York Giants running back and sports commentator, died at 84.

“I have dated a little bit. It’s not been successful,” Kathie Lee joked in a recent interview with Extra.

Recently, the former “Today” host celebrated the next generations' love lives at the weddings of her two children. Her daughter Cassidy, 27, got married in an intimate backyard wedding in June, and her son Cody, 30, was married over Labor Day weekend. “Cody married!! Cassidy married! I am the happiest mama in the world,” wrote Kathie Lee on her new daughter-in-law’s wedding photo on Instagram. 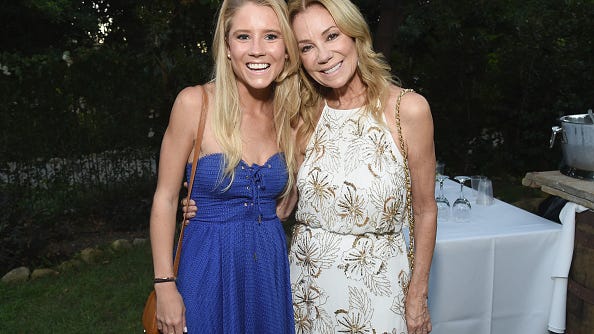 Kathie Lee is channeling her journey in losing a spouse and translating it to the screen in “Then Came You,” a new romantic comedy in which she plays a widow who plans a trip around the world with her husband’s ashes before meeting an innkeeper, played by Craig Ferguson, who changes her life, reports People.

Though both she and her character are widows, Kathie Lee says that’s the only thing they have in common. “I saw Frank's passing coming, but Annabelle [her character in the movie] didn't. The only way that I'm similar to her at all in this movie, it's not autobiographical at all, is that she's a widow, I'm a widow, that's it."

“Then Came You” will hit theaters for one night only on September 30 before becoming available to watch on-demand on October 2.