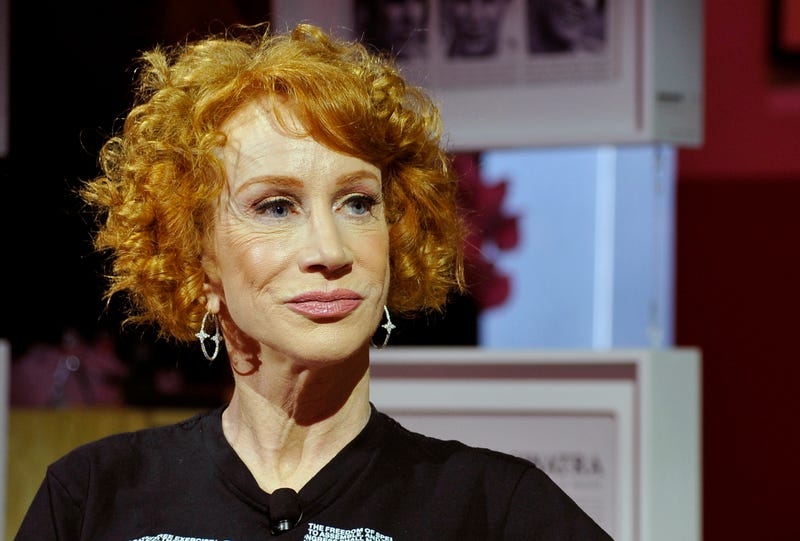 Kathy Griffin is speaking honestly about her struggle with drug addiction and her process towards recovery.

The comedian, age 60, opened up in an exclusive interview with ABC’s “Nightline” co-anchor Juju Chang on Monday, People reports.

During her appearance, Griffin also touched on her battle with mental health, along with her previous addiction to pills and attempt at suicide.

Amid her newly found sobriety, the Emmy Award winner reflected on the difficulty of her detox process.

The comedian went on to detail the challenges of going through the harrowing detox.

"I was so unsteady...like, when I would brush my teeth, my husband had to hold my hips so I wouldn't fall over. It was crazy," she explained.

On Monday, Griffin announced on social media that she was diagnosed with lung cancer. Griffin shared that she will have “half of my left lung removed” despite having “never smoked.”

Griffin shared that she expects to be “up and running around as usual in a month or less” and is hopeful that she will not need chemotherapy or radiation. The surgery should not affect her breathing function," she said.

Griffin spoke about her recent diagnosis in the clip from the sit-down, saying "Really just days ago — like, I think two weeks ago — I was diagnosed with cancer."

"As a friend of mine had said, 'How many kicks in the nuts can you take?' My nuts are pretty strong, but it's a challenge."

"I was definitely in shock," she says. "I'm still a little bit in shock — not denial, but once a day I'll just turn to like, nobody next to me and go, 'Can you believe this s---? Is this a bitch or what?'"