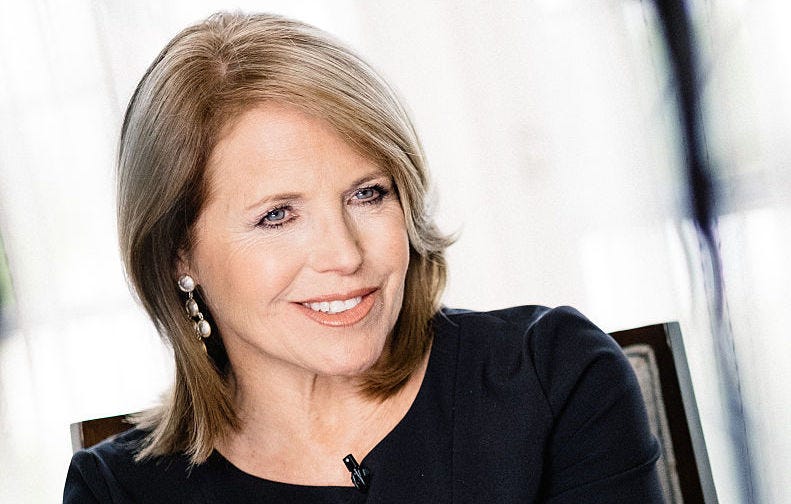 The former TODAY co-anchor, 64, shared her full speech on her personal website, Today reports, in which Couric takes readers on an emotional ride full of raw admissions as she showed “appreciation for the village who helped her raise her daughter,” her blog post noted.

"I wouldn’t be honest if I didn’t tell you that for many years I’d been dreading this day — because of the people who are not here," she began before mentioning the late grandparents and other relatives of the bride and groom, Mark Dobrosky.

"But most of all, the father of the bride, Jay Monahan. Jay would be so proud of you both and so thrilled that Ellie married a lacrosse player. And a terrific guy," Couric said.