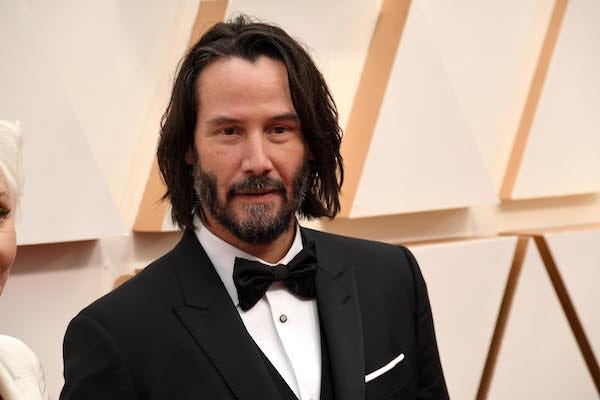 Christmas came early for a stunt crew as Keanu Reeves once again proved that he is the coolest man in Hollywood.

Following the wrap of production on "John Wick: Chapter 4," Reeves surprised each member of the stunt crew with individually personalized Rolex Submariner watches as a thank you for their hard work.

Reeves took each of the men, Bruce Concepcion, Jeremy Marinas, Dave Camarillo and Li Qiang, out to dinner the night after production was wrapped, according to People. He then gifted each man a watch that contained a personal message engraved onto the back.

Marinas called the watch the "best wrap gift ever," revealing the message to be: "'The John Wick Five' Jeremy Thank you Keanu JW4 2021."

One lucky winner got to chat with Reeves during the Zoom call.

And earlier that month, Reeves was joined by his “Bill & Ted” co-star Alex Winter to surprise high school seniors at their virtual graduation ceremony.