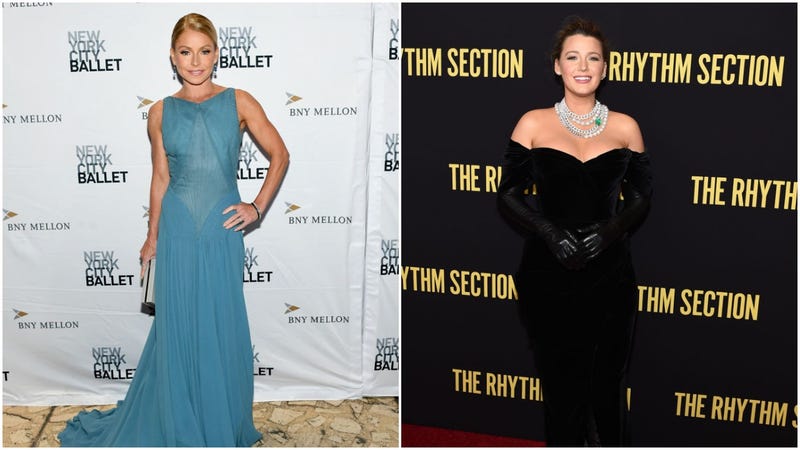 While the "Gossip Girl" alum recently had her third child with husband Ryan Reynolds, Ripa is already pushing for the couple to have a fourth.

When Lively stopped by "Live with Kelly and Ryan" on Friday, Ripa suggested she should continue to add to her brood, but the 32-year-old had a better idea.

“You can have the fourth child for me," Lively responded to Ripa.

"You’re hearing it live, she's the surrogate mother for me,” Lively added.

A post shared by LIVE with Kelly and Ryan (@livekellyandryan)

Ripa, 49, quickly shot back by jokingly saying she would "be the world’s oldest surrogate mother."

Earlier this week, "The Rhythm Section" actress went on "Good Morning America" and discussed welcoming her newest daughter with Ryan Reynolds and the hectic transition it has been going from two children to three.

"At one point, we had three [kids aged] four and under,” Lively said. Their oldest daughter, James, turned five in December, while their middle child Inez turned three in September. The couple have yet to reveal the name of their latest bundle of joy.

When co-host Michael Strahan asked what it was like to have three children, Lively responded, “It’s like going from two to 3,000. [We] have so many children. It’s pretty [crazy]. We’re outnumbered. It’s a lot.”

She also had a message for anyone who thinks adding a third member to the family is a piece of cake.

“People say that from two to three, it’s the same, it’s kind of easy. Those people do not have three kids," she said. “It is crazy. But I’m here!”

"The Rhythm Section" is in theaters now.