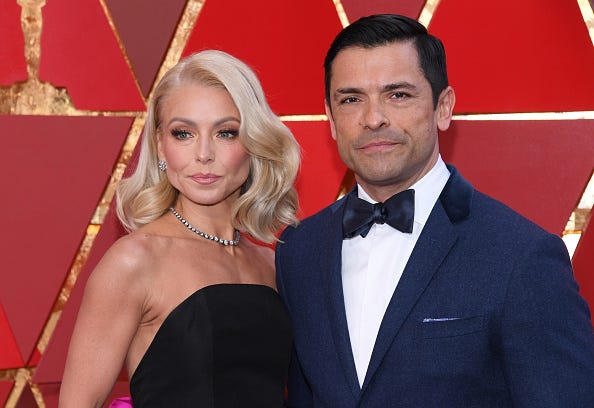 Kelly Ripa considers herself “progressive” and yet prefers to keep “traditional” roles in her marriage to Mark Consuelos.

The 50-year-old opened up about their "almost old-fashioned” relationship and how it’s worked for them for more than two decades.

Since Ripa has been able to work near the couple’s Manhattan home as co-host of “Live with Kelly and Ryan” in its various formats since 2001, she’s never had to be away from her family.

"I've been able to raise my kids here in this city, in the nest, and he's always been willing to travel and go to a set and go off here and sometimes he's had to go live in another country to work on a set over there," Ripa said of Consuelos’ acting gigs on “Riverdale” and other programs.

"I wanted to raise my kids,” the mother of three added. “I didn't want to have them and never get to see them. And the talk show afforded me this opportunity where I would work in the morning, early in the morning, and then I would have the rest of the day to take them to their activities or be there and watch the ballet recital, be there and do all of those things.”

While the traveling was “hard” for Consuelos, it also made him miss out on many of his children’s milestones.