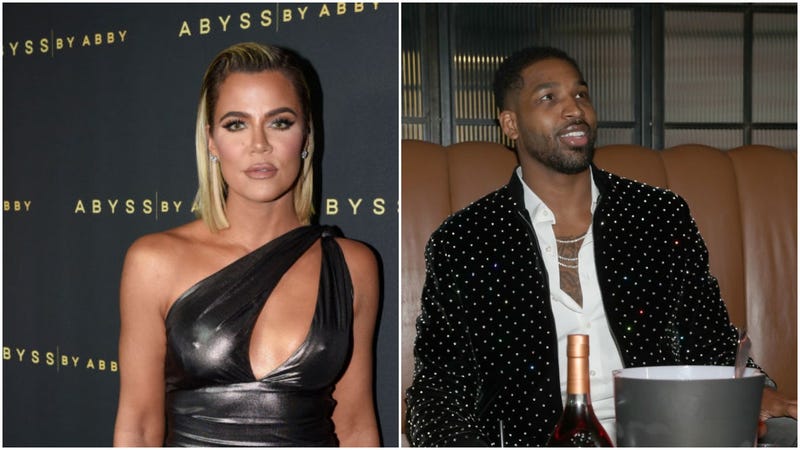 There's no keeping up with this Kardashian.

Khloé Kardashian and Tristan Thompson have reportedly split again, according to a source who spoke to People.

"They are not together right now," the source disclosed. "The ups and downs with Tristan were always very frustrating for Khloé. She has worked so hard to trust Tristan."

The pair, who share 3-year-old daughter True, "are trying to be on good terms," a second source tells People. They added, "Khloé will dow what's best for True."

People requested comment from both Kardashian and Thompson's reps, who have not responded at the time of writing.

TMZ and Page Six first reported the split on Monday, indicating that the couple has been done for a few weeks now, following allegations from Instagram model Sydney Chase, who claimed in April that she had romantic interactions with Thompson in the fall.

According to TMZ, Thompson's lawyer denied these allegations.

That said, on the heels of the Father's Day holiday, Thompson was reportedly back in LA, spending time with his family. "He spent a lot of time away from LA during the [basketball] season," a source told People.

The source added that Kardashian was "happy to have him back."

News of Kardashian and Thompson's relationship began circulating in September 2016, and shortly after, the duo made their debut on "Keeping Up with the Kardashians" Season 13.

Their on-again, off-again relationship continued over the next few years, leading up to Monday's news of their alleged split after sources confirmed they were back on in June 2020.