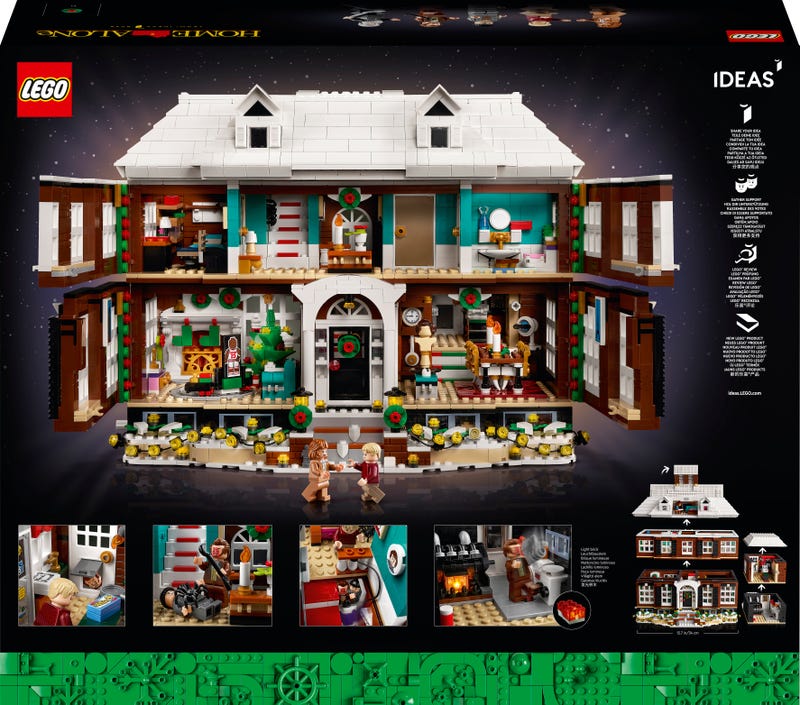 The company just revealed its fan-designed set based on the house from the all-time festive classic movie. Photo credit (LEGO)
By Tarrah Gibbons, Audacy

“Did I burn down the joint?”

Are you feeling nostalgic while you wait for the arrival of the holiday season? 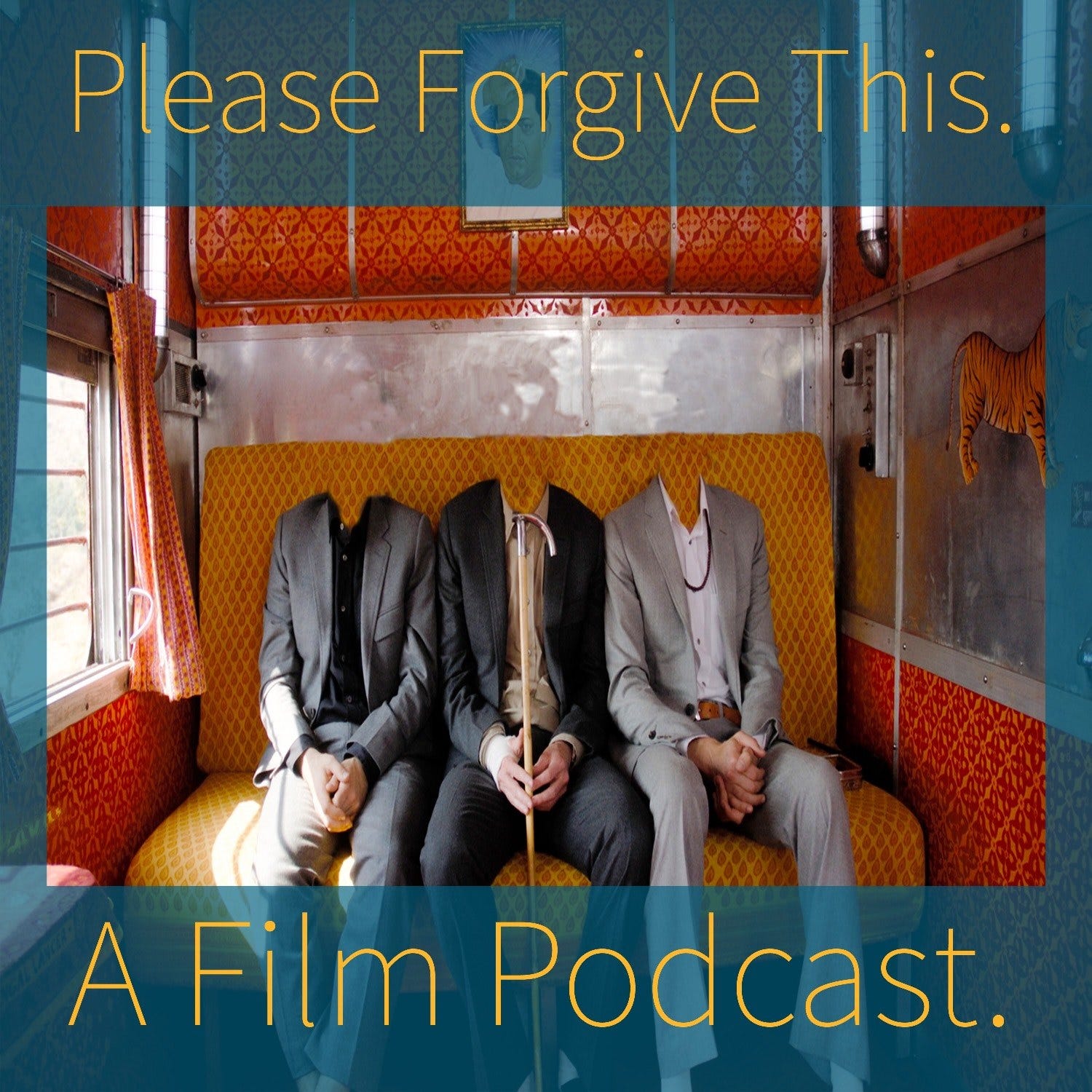 In a press release, LEGO just revealed its latest fan-designed set, which consists of a replica of the house from the famous 1990 classic “Home Alone.”

If you’re not familiar with the film, it focuses on a crafty kid named Kevin McCallister, played by Macaulay Culkin, who is left at home while his family jets off to their holiday vacation. His joy at having the house all to himself quickly fizzles out when he has to thwart the burglars attempting to rob his home. 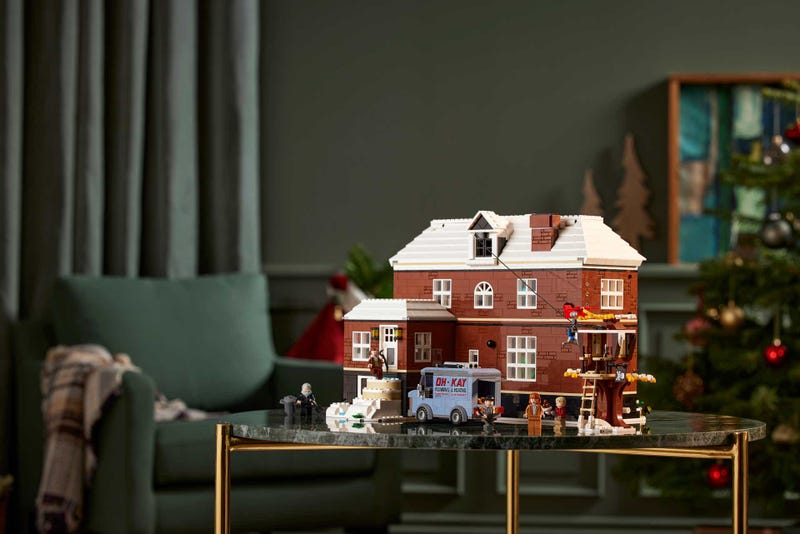 LEGO shared that the house is “an incredibly detailed recreation” that is “true to the movie.” When building the replica, it comes with the complete first floor, attic, kitchen, and basement, where many of the film's shenanigans went down. Figures of Kevin, Harry, Marv, Kate, and old man Marley will also be included.

“Just like every 90s kid, I grew up watching Home Alone and it takes a very special place in my heart,” fan designer Alex Storoz said in a statement. “I can’t even imagine holidays without it. This movie is very nostalgic and makes those warm childhood memories come up every time.”

When building the replica, fans will also see the detailed references to the classic movie, including Buzz’s pet tarantula, pizza from Little Nero's and the after-shave lotion from iconic bathroom scene. 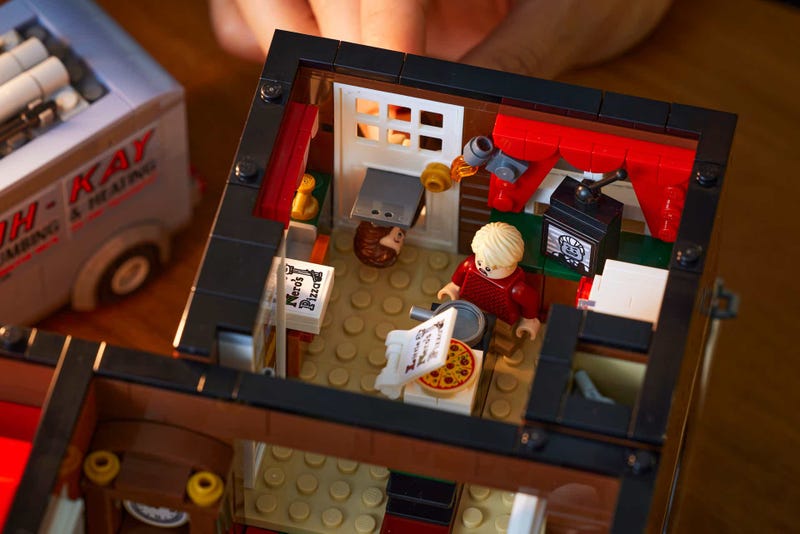 “Following the themes of the film, we wanted to make the experience as immersive as possible for fans of LEGO building and the movie,” Lego Designer Antica Bracanov said in a statement. “The step-by-step build which mirrors the movie, and the ability to open up the set and see inside lends itself well to hours of joyful focus this holiday season -- just add a festive backdrop and a certain Christmas movie!”

“Home Alone” first premiered in 1990. It was such a success that it spawned two sequels: “Home Alone 2: Lost in New York” and “Home Alone 3.”

Earlier this month, LEGO revealed its largest buildable collectible in company history: a 1:200 scale model of the famous cruise liner Titanic. The new set features a whopping 9,090 pieces. The completed project is an incredible 4 feet and 5 inches long, and stands at 18 inches tall and 7 inches wide.