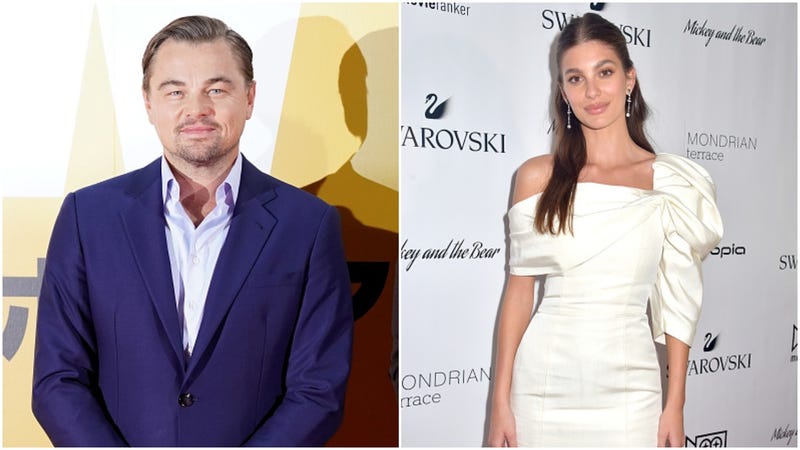 Camila Morrone is speaking out against the ageist comments about her relationship with Leonardo DiCaprio.

“There’s so many relationships in Hollywood — and in the history of the world — where people have large age gaps,” she told the L.A. Times about dating the 45-year-old actor. “I just think anyone should be able to date who they want to date.”

Despite her annoyance about the criticism, she understands it comes with the territory of dating one of the most famous eligible bachelors in Hollywood.

"I probably would be curious about it too," she added.

The starlet, who is getting rave reviews for her role in the indie file “Mickey and the Bear,” hopes she’ll soon be recognized for her talent and not just as DiCaprio’s girlfriend.

"I think more and more now that people are seeing the film, I'm slowly getting an identity outside of that,” the Argentine-born actress said. “Which is frustrating, because I feel like there should always be an identity besides who you’re dating.”

Morrone, who started dating the “Once Upon a Time … in Hollywood” star when she was 20, went public with the romance in 2018 and they’ve since been spotted at various events together such as Coachella and the Cannes Film Festival.

The Oscar winner is no stranger to dating much younger women as he’s been linked to a string of twentysomething models in recent years, including Kelli Rohrbach, Toni Garrn and Nina Agdal.

The thrice married 65-year-old actor recently defended his relationship with the 26-year-old University of Texas student and said, “I feel like I have a real partner in life.”