Live audiences are being banned across daytime television due to the coronavirus outbreak.

“The View” and “Live with Kelly and Ryan” are set to tape upcoming episodes without any audience members in the studio, according to Page Six.

In addition, “Good Morning America” will no longer feature audiences during the program’s second hour. As a further precaution, the show’s anchors, Robin Roberts and Michael Strahan, have been told to no longer take selfies with fans outside the NYC studios.

Wendy Williams is also not taking any chances and will suspend the use of a live audience for the time being.

“Wendy values her co-hosts and their daily participation but in light of the current health climate, ‘The Wendy Williams Show’ will not have a live studio audience until further notice,” a rep told the outlet. “We will continue to produce a daily live talk show and look forward to welcoming the studio audience back when the time is right.”

Freshmen talker “The Tamron Hall Show” also announced they would proceed without members of the public in studio. 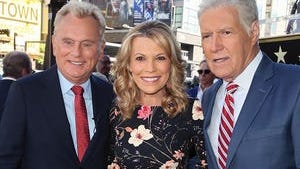 The Manhattan-based shows follow on the heels of several West Coast programs which have halted the use of studio audiences in response to the spread of COVID-19.

The “Dr. Phil” show, which tapes on the Paramount Studios lot in Los Angeles, announced they would go audience-free for about two weeks. They hope to resume audience tapings on March 23rd.

As of Tuesday, both “Wheel of Fortune” and “Jeopardy” began taping episodes without studio audiences.

In “Jeopardy”s case, a huge factor in the decision reportedly had to do with host Alex Trebeck’s ongoing battle with stage 4 pancreatic cancer. The Center for Disease Control and Prevention has warned that anyone with a compromised immune system needs to be extra cautious.

Late-night programs such as “Jimmy Kimmel Live” and “The Tonight Show Starring Jimmy Fallon” have yet to announce if they will follow suit with audience-free zones.