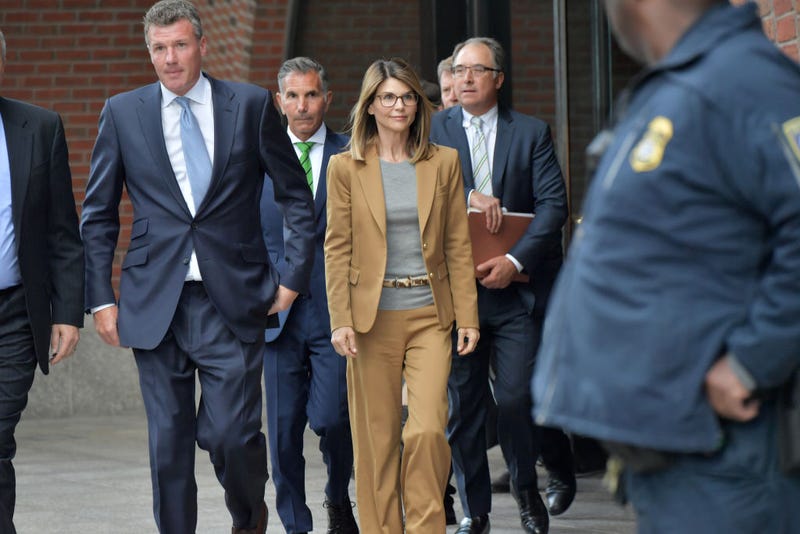 Lori Loughlin is moving out.

The "Full House" star and her husband Mossimo Giannulli are selling their Bel Air mansion, reports TMZ. Sources told the outlet that it has nothing to do with the college admissions scandal or the upcoming trial.

Lori Loughlin, Mossimo Giannulli We're Movin' On!!! ... List $28 Million Estate https://t.co/u7fSSXksgo What do you think of the property?

Other amenities of the luxurious home include a step-down living room, paneled library and striking greenery around the property.

Both Loughlin and Giannulli bought the house fo $13.9 million in 2015. Two years later, the couple listed the home for $35 million, but took it off the market in July of 2018.

Earlier this month, prosecution released new email evidence showing that the couple rejected a "legitimate approach" of getting their daughters into the University of Southern California. New court documents related to the scandal revealed that the couple refused help from a USC administrator to review their daughter’s college application.

In relation to the scandal, actress Felicity Huffman was released from a federal prison in October after serving 11 days for her role in a college admission scandal. The “Desperate Housewives” star pleaded guilty to paying $15,000 to artificially raise her daughter’s college admission test scores in May.

If convicted, Giannulli and Loughlin will each face up to 20 years in prison.