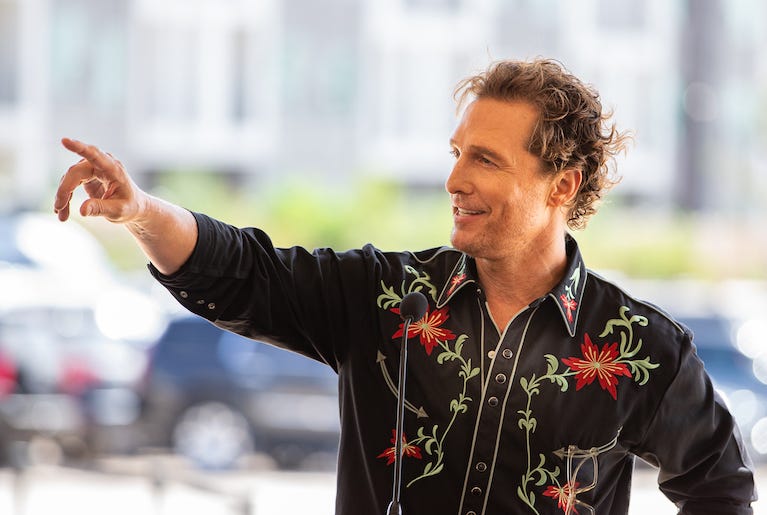 The hygiene of certain celebrities has been top of mind as of late, though Texas' own Matthew McConaughey has been at the forefront of the "natural" movement for several decades now.

However, McConaughey's refusal to wear deodorant or cologne has apparently not affected the way he smells.

Yvette Nicole Brown starred on the NBC sitcom "Community," and also co-starred with McConaughey in the 2008 comedy "Tropic Thunder," and she said during a recent interview that he actually smells really pleasant.

Brown said in the interview according to Buzzfeed, "He does not have an odor. He smells like granola and good livin'. He has a sweet, sweet scent. That is just him, and it's not musty or crazy."

In an interview back in 2014, McConaughey was quoted saying, "The women in my life, including my mother, have all said, 'Hey, your natural smell smells one, like a man, and two, smells like you."