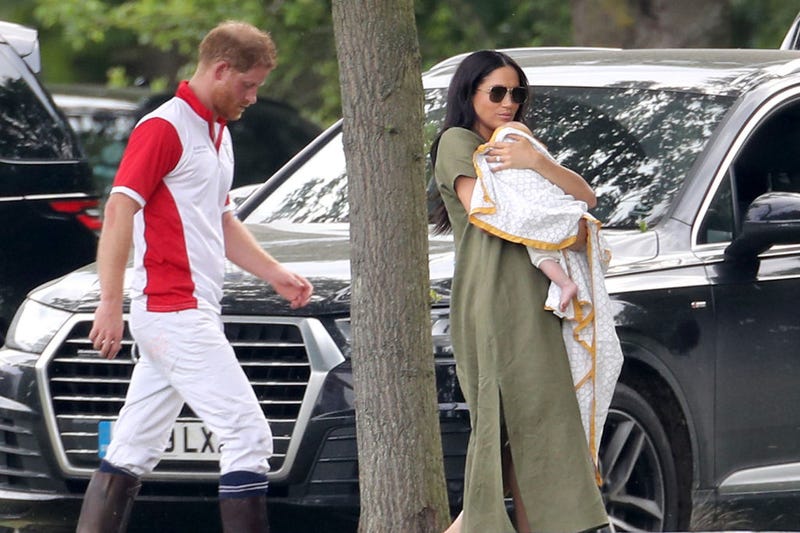 Baby Archie’s starting on the pub life early! It seems as though Meghan Markle and Prince Harry stopped into a local watering hole with little Archie in tow.

According to TMZ, the royal family was spotted hitting up The Rose & Crown in Windsor for a couple of pints. The pub is just steps away from Frogmore Cottage where Harry, Markle, and Archie reside. Harry and Markle were clearly bogged down by some serious baby gear, carrying a car seat and diaper bag.

The littlest royal was snuggled in a blanket and appeared to be napping.

Upon further investigation, TMZ reports that Archie was as calm as can be during their Sunday pub outing. He remained quiet for the two-hour excursion while mom and dad nibbled on some dinner.

Prince Harry had a couple of beers while Markle settled on water. Locals even said that they were able to enjoy their meal without being bombarded by customers, despite being completely out in the open.

The pub outing seems to be the first low-key public jaunt the family has gone on together since Archie’s birth in May. That is, of course, aside from the time Markle and Archie showed up in support of Prince Harry for his polo match.