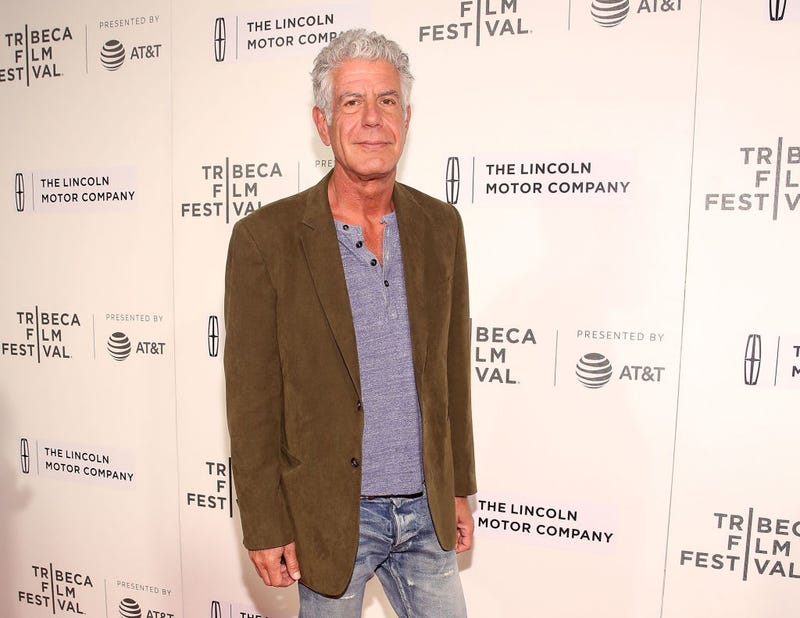 Tom Vitale still hasn’t gotten over the loss of Anthony Bourdain, who passed away in 2018.

Vitale was a good friend and longtime producer/director of Bourdain’s on his popular travel/cooking show, “Parts Unknown.” His grief inspired him to write a whole book about his experiences with Bourdain in hopes of keeping his memory alive a bit longer.

"In the Weeds: Around the World and Behind the Scenes with Anthony Bourdain," available now on Amazon, is a moving account of over 70 trips the pair took around the world while making the show. 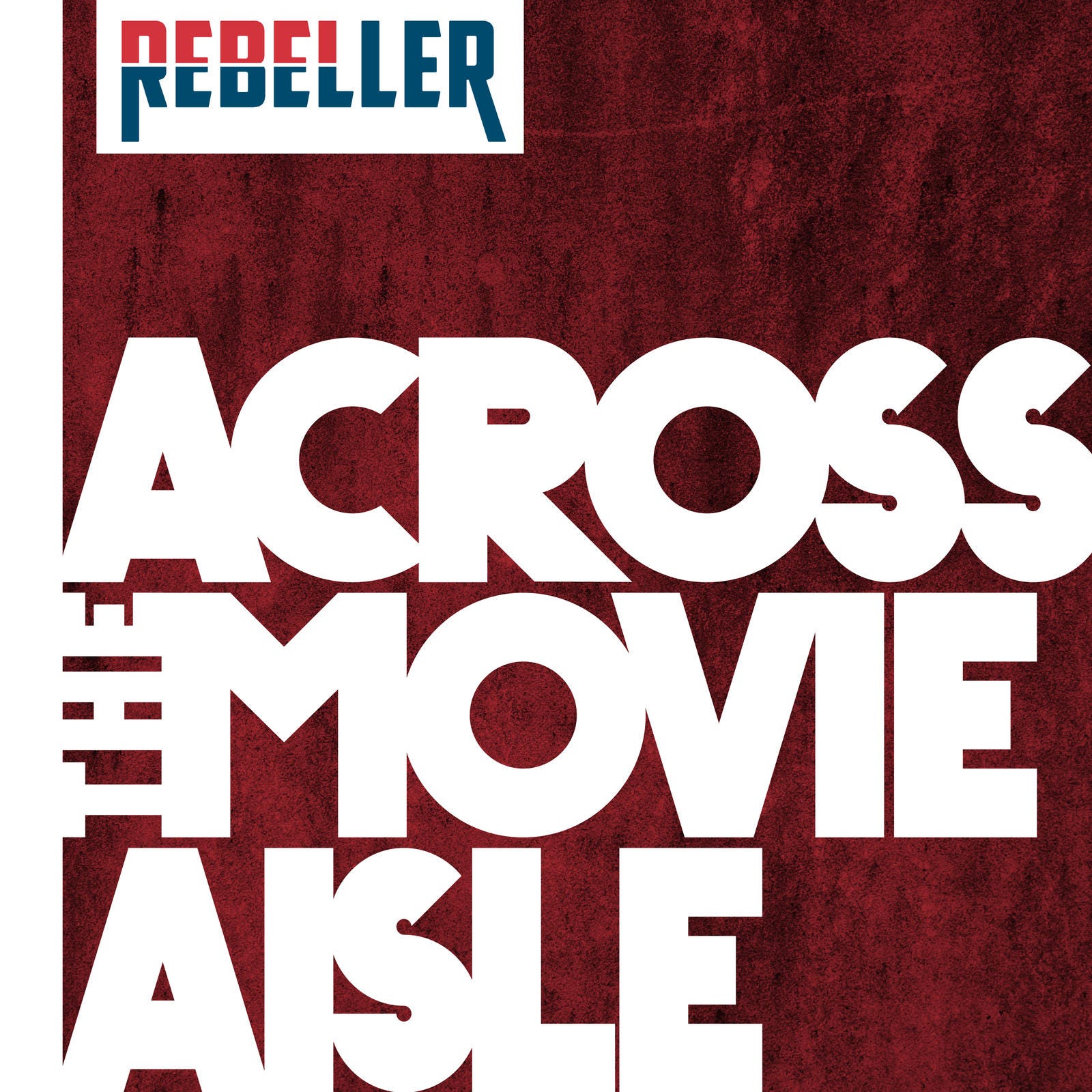 "After Tony died, I pretty much did nothing," Vitale admitted in a talk with Fox News. "I just couldn’t go back to work because Tony wouldn’t be there. So in writing this book, it let me keep that job [with him] alive for a little while longer, as strange as it sounds."

It was Bourdain’s own book, "Kitchen Confidential: Adventures in the Culinary Underbelly" -- a fun, explosive, and revelatory expose of working kitchens -- that got Bourdain international attention and led to a series of inventive, successful cooking shows before his untimely death at the age of 61.

"Tony’s public persona and the private person that he was were two sides of the same coin," the 44-year old explained. "Tony wasn’t so dramatically different from his on-camera persona… [but] he was shyer and more introverted. He was also much funnier and brutally honest. He was hilarious and intimidating. Everything was bigger in real life and what made it to the air."

From a youth spent bouncing around punk rock clubs to his enviable latter day career traveling the world and eating regional delicacies, Bourdain was the kind of rakish, renaissance man who is hard to find in pop culture anymore.

As Vitale tells it, his wide experience always included some more low-brow pleasures too.

"He had a lot of guilty pleasures," Vitale explained. "He loved celebrity gossip on Page Six. He loved Popeye’s fried chicken and their macaroni and cheese. That was comfort food for him… “

While mostly presenting himself as a laid-back guy who knew how to enjoy life, Bourdain could be very demanding when it came to his TV productions.

"He was extremely demanding," Vitale recalled. "He had very high standards about everything. His feedback could be brutal if things weren't going well. He was relentless in making sure he provided a quality product for people.”

In addition to those play/work dichotomies, Vitale also states that Bourdain “had a laundry list of bizarre phobias which he would joke about in his shows. I thought a lot of them were humorous, but as time went on, I learned that most of them were real. He had a phobia of nurse shoes, alpine vistas, clowns, ordering room service. He did not like flying or germs."

Vitale largely honed in on revisiting the good times with Bourdain in his book.

"He loved Southeast Asia," he said, adding "It’s just a magical place. It was always such a privilege to visit. He was so enthusiastic about that part of the world. We also had an amazing trip to Iran. You hear so many stories, but it was a wonderful place. The people there are so kind.”

The famous foody’s softer side came out most when the topic of family came up. 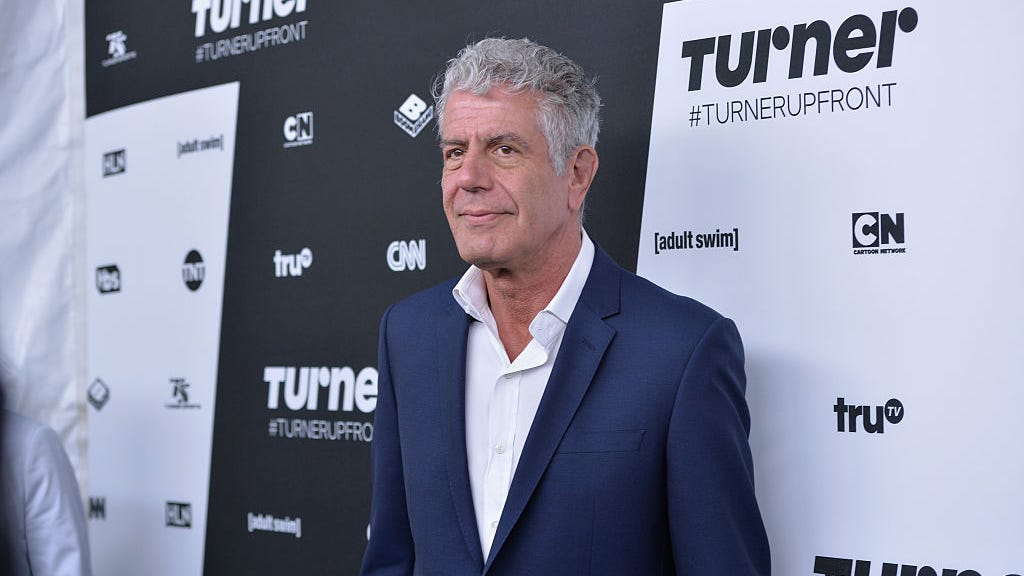 "He spoke about his family all the time, multiple times a day," said Vitale. "I didn’t include a lot of that in my book out of respect for his family. But he spoke about [his wife] Ottavia and his daughter all the time... He shared all sorts of stories and how he was so far away from them. it was hard for him."

But of course, Vitale was around Bourdain long enough to know there were dark sides.

"As long as I knew him," he explained. "That was just part of his thing, him struggling with the existential crisis of being in the public eye, and yet having this privilege to travel. It was all very complicated. It could be lonely and alienating." 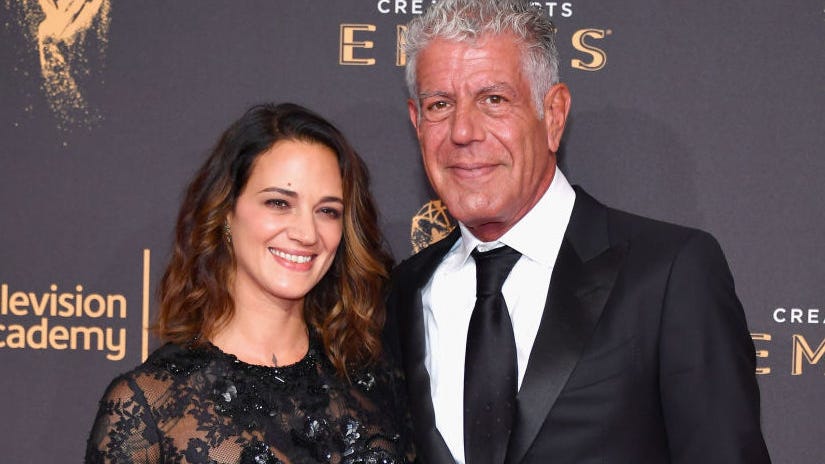 Asia Argento shares intimate video from late partner Anthony Bourdain: ‘I wish I was with you now’

Since Bourdain’s death, his assistant, Laurie Woolever, also wrote a book titled, "Bourdain: The Definitive Biography," which features nearly 100 interviews with loved ones who reflected on his final years. And there’s a documentary, "Roadrunner: A Film About Anthony Bourdain," from filmmaker Morgan Neville that premiered at the Tribeca Film Festival this year.

"I did not deal with [his death] in a healthy way," Vitale confessed about his friend's passing, adding, "But I think it would have been a big surprise to Tony to see the outpouring of grief and how much of an impact he had on people’s lives. It certainly didn’t make things easier. It only made it more complicated."