Alex Trebek’s daughter is opening up about the time her father shared his cancer diagnosis with the public.

On Sunday, Nicky Trebek, his daughter from his marriage to ex-wife Elaine Trebek Kares, commended her father’s bravery as she recalled the moment he opened up to audiences two years ago.

"It was 2 years ago today while we were working on the @jeopardy set that my dad bravely stepped out in front of the camera to announce he had been diagnosed with #pancreaticcancer," she said. "He brought much-needed #awareness to this terrible disease and provided #hope to so many struggling. I'm beyond proud of him for his courage and integrity throughout his illness."

She also shared a photo of herself with the late “Jeopardy” host before committing to “continuing what he started and will fight for everyone affected by pancreatic cancer.”

She concluded her post by asking her followers to consider donating to the Pancreatic Cancer Action Network.

The moment Nicky is referring to happened in March 2019 when the longtime host told audiences that he was diagnosed with stage 4 pancreatic cancer.

"I wanted to be the one to pass along this information. Now, just like 50,000 other people in the United States each year, this week I was diagnosed with stage 4 pancreatic cancer,” he admitted during the broadcast. 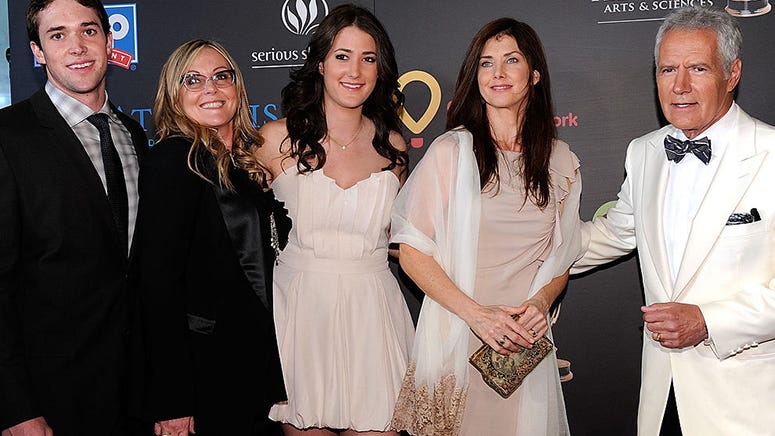 Trebek passed away on November 8 at the age of 80 after fighting the disease head-on.

Following his death, Trebek’s son, Matt Trebek, and a game show producer, decided to donate the host’s extensive wardrobe that he wore during his 37-year run.

“This definitely aligned with his interests and sentiments and values,” Matt said. “I think he would have thought it was a great idea,” he added.