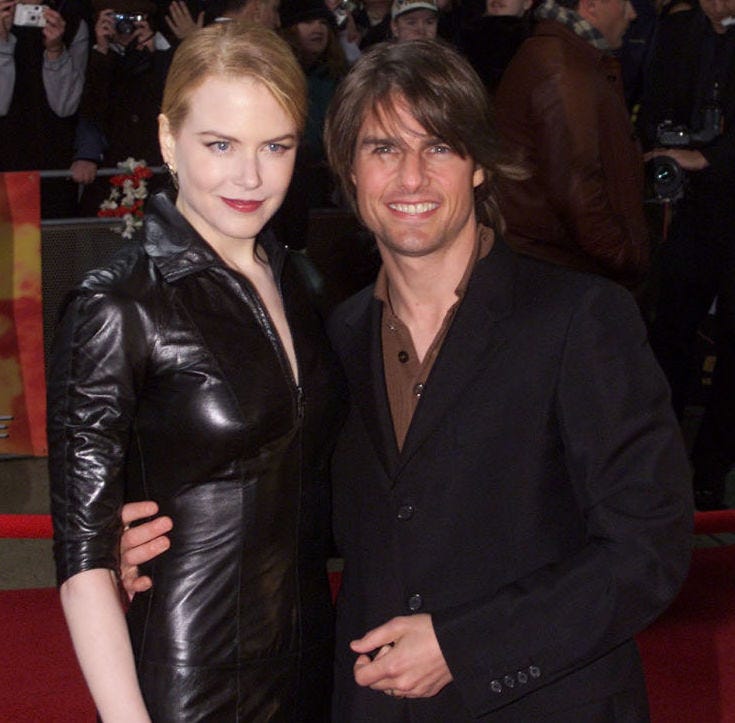 Nicole Kidman is revealing personal details about her relationship with Tom Cruise.

Kidman, who was married to Cruise from 1990 to 2001, opened up on how her marriage taught her a vital lesson about love in Hollywood.

In the cover story of Harper Bazaar's October issue, the 54-year-old Oscar winner reflected on her first marriage to the "Mission Impossible" star and how she felt with the stars' relationship constantly in the public eye.

“I was young. I think I offered it up?” Kidman said of being married to Cruise.
Kidman and Cruise share daughter Bella Kidman Cruise, 28, and Connor Cruise, 26.

When the former couple divorced, the attention was on them as many media outlets covered their relationship for multiple years. Kidman said the relationship was hard to maintain in the public eye.

“Maybe I’ve gotten a bit more trepidatious, but I’m always trying to be as open as possible,” she said. “I just prefer to live in the world that way. I’m wary at times, and I’ve been hurt, but at the same time I much prefer a warm approach rather than a prickly shutdown approach.”

Kidman also said opened up about her current marriage to country star Keith Urban, who she wed in 2006, and how their romance in in step with what the "Nine Perfect Strangers" star is seeking in a relationship.

“My husband, Keith, says that when he met me, he said, ‘How’s your heart?’ And I apparently responded, ‘Open,’” she said.

When talking about her marriage to Urban, Kidman said, of course, they have to work on their relationship, it is a fruitful and "loved-based."

“We’re always working through stuff, but it’s very much love-based, so there’s an enormous amount of give and take,” she said. “I want him to have the best life he can have, and he responds the same way.”

Kidman also said she and Urban “really love parenting together,” talking about their two daughters, Sunday, 13, and Faith, 10.