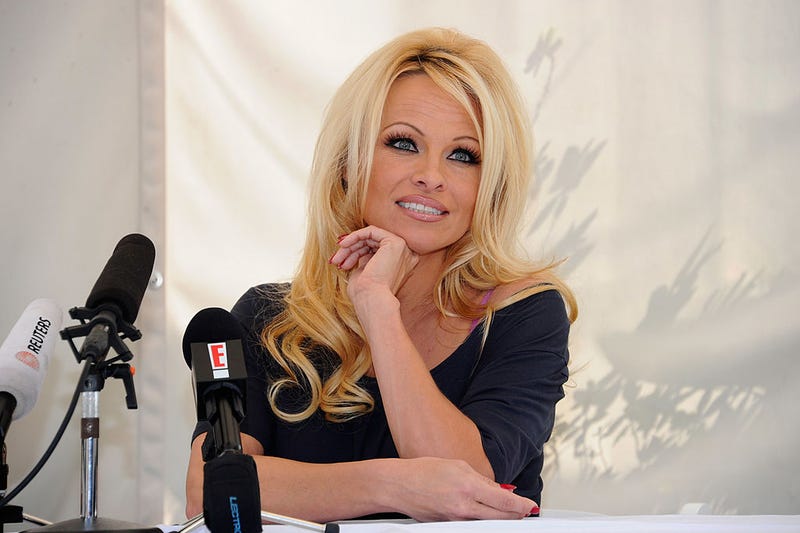 Thank goodness for Pamela Anderson, she was the lifeguard on duty.

The “Baywatch” actress, known for her role as Casey Jean Parker, just recreated her iconic-motion run from the series in a commercial.

In the ad for an Australian automotive servicing company Ultra Tune, the model is seen wearing a thin black wetsuit while the other lifeguards are rocking red swimsuits.

Page Six reported that the former Playboy bunny was joined by retired Australian soccer player Warwick Capper who crashes his buggy after seeing the actress on the beach.

Back in November, it was reported by Daily Mail she traveled to Queensland to film a commercial for a roadside assistance company. The star was spotted on a yacht off the Gold Coast, posing for a MAXIM Australia cover.

Daily Mail reported that the actress was sporting a white caftan, sunglasses and straw hat as she came out onto the set on the boat’s bow.

But once it was shoot time, Anderson stripped down to her plunging one-piece swimsuit to show off her sea legs and famous physique.

Also, in November, the actress received backlash after she shared two photos of herself wearing a Native American headdress on Twitter. In one pic, Anderson is covered in paint while holding the feathered headpiece. The other sees her actually wearing the traditional war bonnet while posing on a staircase.