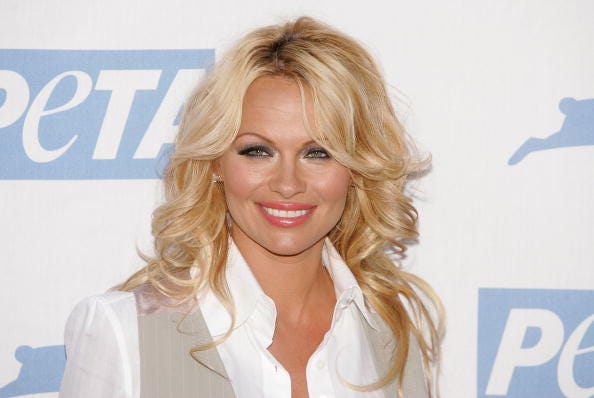 Pamela Anderson’s Halloween costume is getting a lot of boos.

In one pic, Anderson is covered in paint while holding the feathered headpiece. The other sees her actually wearing the traditional war bonnet while posing on a staircase.

The post was quickly derided with many accusing her of cultural appropriation.

One follower wrote, “I hate to break the news to u Pamela but this is the quintessential cultural appropriation that people are not liking.”

Agreeing with the sentiment another added, “Cultural appropriation is not a good look.”

While a third took it further by commenting, “This is really disappointing & racist Pam, I thought you were better than this.”

I hate to break the news to u Pamela but this is the quintessential cultural appropriation that people are not liking. The Native head dress. Not so cool. 😜👻

Although Anderson, who is a staunch animal activist, has not commented on the costume controversy, she did post a length response after someone questioned her commitment to fighting seal hunts.

“I am against the seal hunt. It’s barbaric and unsustainable ..to beat baby seals – crush there skulls for a 2$ pelt that there is no market for. Makes no sense. There are other ways .. to stay true to tradition – saving the environment,” she wrote on Twitter.

Anderson is not the first celebrity to be called out for wearing a Native American headdress. In the past, Pharrell Williams, Gwen Stefani, Harry Styles and supermodel Alessandra Ambrosio are just some who got into hot water for co-opting the sacred headgear.

Author and Baylor University professor Mia Moody-Ramirez offered perspective to anyone considering wearing cultural costumes for Halloween or to a music festival.

“Ask yourself the question, does the culture you’re imitating have a history of oppression? Are you benefiting from borrowing from the culture? Are you able to remove something when you get tired of it and return to a privileged culture when others can’t?” Ramirez said.