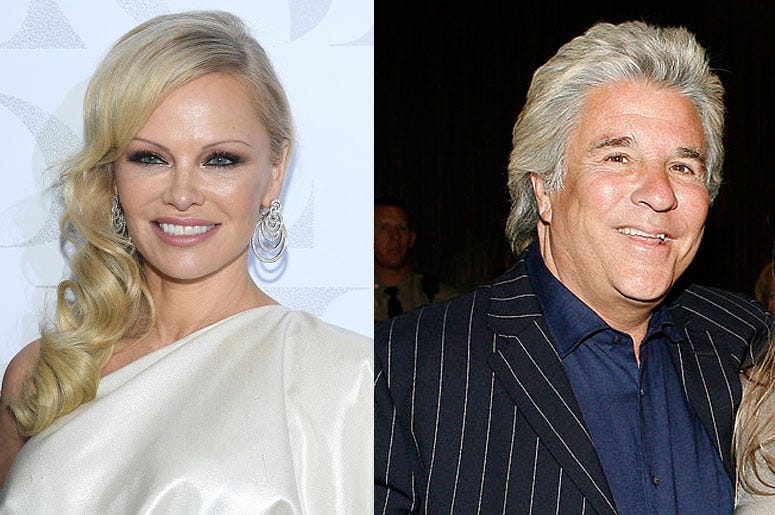 Pamela Anderson is officially off the market again!

According to the outlet, the couple, who recently rekindled an old flame, tied the knot in a private ceremony in Malibu on Monday.

Anderson’s publicist confirmed the nuptials to PEOPLE, stating, "They are very much in love and were married yesterday."

Here's what Jon Peters tells me about his new bride, Pamela Anderson: “There are beautiful girls everywhere. I could have my pick, but -- for 35 years -- I’ve only wanted Pamela. She makes me wild -- in a good way.” https://t.co/dPpfrStNOI via @thr

The actress and the “A Star is Born” producer dated more than 30 years ago and reconnected recently after Anderson’s relationship with soccer star Adil Rami ended.

In a statement to THR, Jon elaborated on his feelings for his new bride stating, "There are beautiful girls everywhere. I could have my pick, but -- for 35 years -- I’ve only wanted Pamela. She makes me wild -- in a good way."

He added, "Pamela has never seen her full potential as an artist. She has yet to shine in a real way. There is much more to her than meets the eye, or I wouldn’t love her so much."

Anderson also shared some thoughts on the marriage with the outlet in the form of an original poem: “Jon is the original ‘bad boy’ of Hollywood/no one compares/ I love him deeply like family/ His life used to scare me/ So much for a girl like me.
Now I’ve seen more of life/ and realize/ He’s been there all along/ Never failed me/ I’m ready now/ and/ he’s ready too / We/ understand/ and respect each other/ We love each other/ without conditions/ I’m a lucky woman/ Proof/ God has a plan”

This is the fifth marriage for both Anderson and Peters.

sports
Packers were reportedly scouting QB prospects ahead of NFL Draft
news
Here's how your dog can wind up on Budweiser's upcoming beer cans
music
Camila Cabello's 'Cinderella' heading straight to Amazon Prime
sports
Luka Doncic on leading NBA with 15 techs: ‘I’m complaining way too much’
news
Ivanka Trump receives 2nd COVID shot: ‘Getting fully vaccinated is the best way to end this pandemic’
music
How much would you pay to own Kurt Cobain's hair?