A new player has entered the streaming wars.

Paramount Plus, previously known as CBS All Access, officially launched in the U.S. on March 4.

"Paramount is an iconic and storied brand beloved by consumers all over the world, and it is synonymous with quality, integrity and world-class storytelling," ViacomCBS CEO and President Bob Bakish said of the forthcoming streamer. "With Paramount+, we’re excited to establish one global streaming brand in the broad-pay segment that will draw on the sheer breadth and depth of the ViacomCBS portfolio to offer an extraordinary collection of content for everyone to enjoy."

In addition to featuring all the existing content that was previously available on the service, there are some exciting new originals coming your way that’ll make you seriously consider adding another streaming subscription to your list.

Here’s everything you need to know about the new streaming service:

Where Is It Available?

The streaming service became available in the U.S. on March 4, 2021 and parts of Latin America. CBS All Access will become Paramount Plus in Canada with a full offering “available later this year.”

It will become available in the Nordics on March 25. Australia will have access sometime mid-2021, though no date has been set.

It’s unclear when it will become available in the UK.

How Much Will It Cost?

There are two tiers being offered at this present moment.

You can get an ad-free service for $9.99 per month (or $99.999 annually), or opt for limited commercials for $5.99 (or $59.99 per year if you pay upfront). In June, the lower-priced tier will drop to $4.99. It will still offer the same on-demand originals and library content, but it will limit access to CBS stations, which will be a feature that’s exclusive to the higher-priced tier.

You can also sign up for a 30-day free trial, which is available until March 31.

If you already had CBS All Access, it should be billed the same as of now.

Subscribers will be able to access to a wide-variety of movies and TV shows including several originals: MTV’s “The Real World Homecoming,” “Tooning Out the News,” “Spongebob Squarepants” prequel “Kamp Koral” and the feature film “The SpongeBob Movie: Sponge on the Run,” and docuseries “For Heaven’s Sake.”

You can also watch both seasons of “The Twilight Zone” reboot.

CBS shows will also be available on the platform after they air including “Clarice,” “Equalizer,” and “Young Sheldon.” 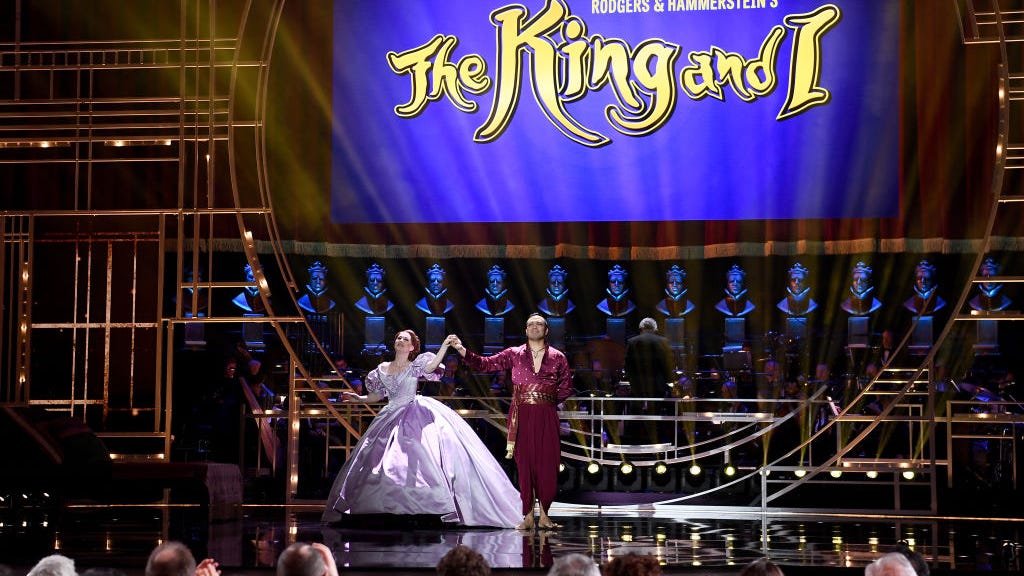 'The King and I' remake in the works at Paramount

What Will Be Available in the Future?

Plenty of exciting additions will call Paramount Plus home in the future including the gaming phenomenon “Halo” TV series, “Star Trek: Strange New Worlds,” the “Frasier” reboot, the sixth and final season of “Younger” (moving from TV Land), “RuPaul’s Drag Race All Stars 6,” and “Queens of the Universe.”

Popular movies are getting the TV show treatment including “The Italian Job,” “The Parallax View,” “Love Story,” and “Flashdance.”

Live-action remakes of “Dora the Explorer” and “The Fairly OddParents” are in the works, along with the “iCarly” revival.

Existing CBS All Access Originals like “Star Trek: Discovery,” “Star Trek: Picard,” “Star Trek: Lower Decks,” “The Good Fight,” and “Why Women Kill” will be on Paramount Plus for future seasons.

Will There Be Sports?

The service will include sports like UEFA soccer, PGA golf, NFL, NCAA basketball, The Masters and National Women's Soccer League.

In the spring of 2021, popular movies and franchises will be added to the streamer including “James Bond,” “The Hunger Games,” “The Addams Family,” and “The Avengers.”

MGM movies will also be added after making their paid TV debut.

A handful of new movies will debut 30-45 days after releasing in theaters. This includes “A Quiet Place Part 2,” “Mission Impossible 7,” and “Paw Patrol: The Movie.”

“Beavis and Butt-Head” will also get a new original movie.