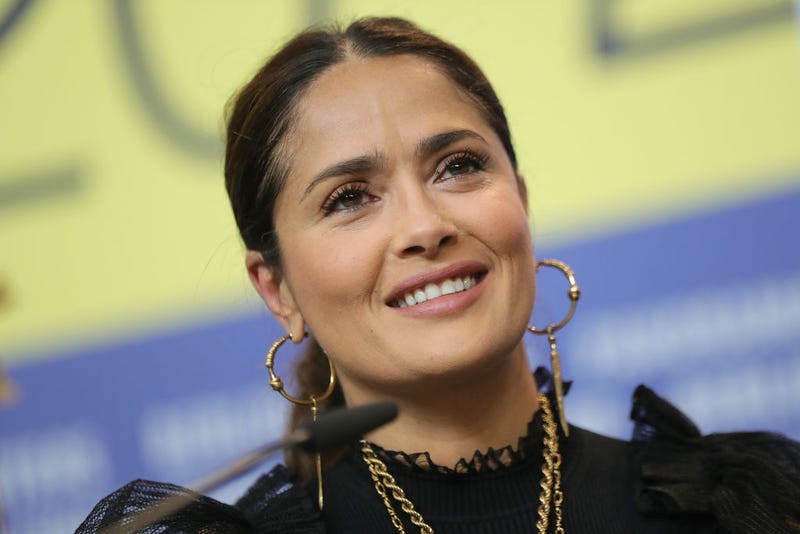 It’s just one of those weekends.

Salma Hayek celebrated the incoming weekend on Friday with a photo of herself having a straight-from-the-bottle drink of wine with Samuel L. Jackson.

The pic, a still from Hayek and Jackson’s new film “Hitman’s Wife’s Bodyguard,” shows the stars with their arms interlocked while they go bottoms-up for a swig of wine.

In the pic, Hayek sips in a stunning red floral dress with a plunging neckline that shows off gold necklaces that she’s wearing.

Jackson is also looking summery in a floral-print Hawaiian shirt and a brimmed hat.

“Sonia and Darius getting ready for the weekend. Invite your best partner in crime to see it in theaters. #hitmanswifesbodyguard @lionsgate @samuelljackson,” Hayek captioned the photo.

The comments section was full of adoring notes from fans.

“Hottest partner in crime,” wrote another, before adding the fire emoji and heart-eyes emoji.

In “Hitman’s Wife’s Bodyguard,” Hayek plays wife to a notorious hitman played by Jackson, as they team up with a suspended bodyguard played by Ryan Reynolds to stop a terror attack on Europe orchestrated by a madman played by Antonio Banderas.

While Hayek has found her action-movie chops, she revealed her knack for the genre wasn’t always there when she <a href="https://www.audacy.com/musi