The Duke and Duchess of Sussex along with baby Archie arrived in Cape Town, South Africa showing off one of their hidden talents! Prince Harry and Meghan Markle kicked off the royal tour of Africa with dancing!

In an Instagram video posted by HELLO! Magazine, you can see the couple enjoying the performance while also joining in on the fun.

Meghan has got moves! 🎉 The Sussexes enjoyed a dance with locals in Nyanga township on the first day of the #RoyalTour 👑 #princeharry #meghanmarkle #dukeandduchessofsussex

The caption on the post said that the Sussexes enjoyed a dance with locals in Nyanga township on the first day of the Royal Tour.

Both Meghan and Harry were all smiles dancing with the local children as the crowd cheered the royal couple on. CNN reports that the dancing took place right outside the Nyanga Methodist Church in Cape Town. 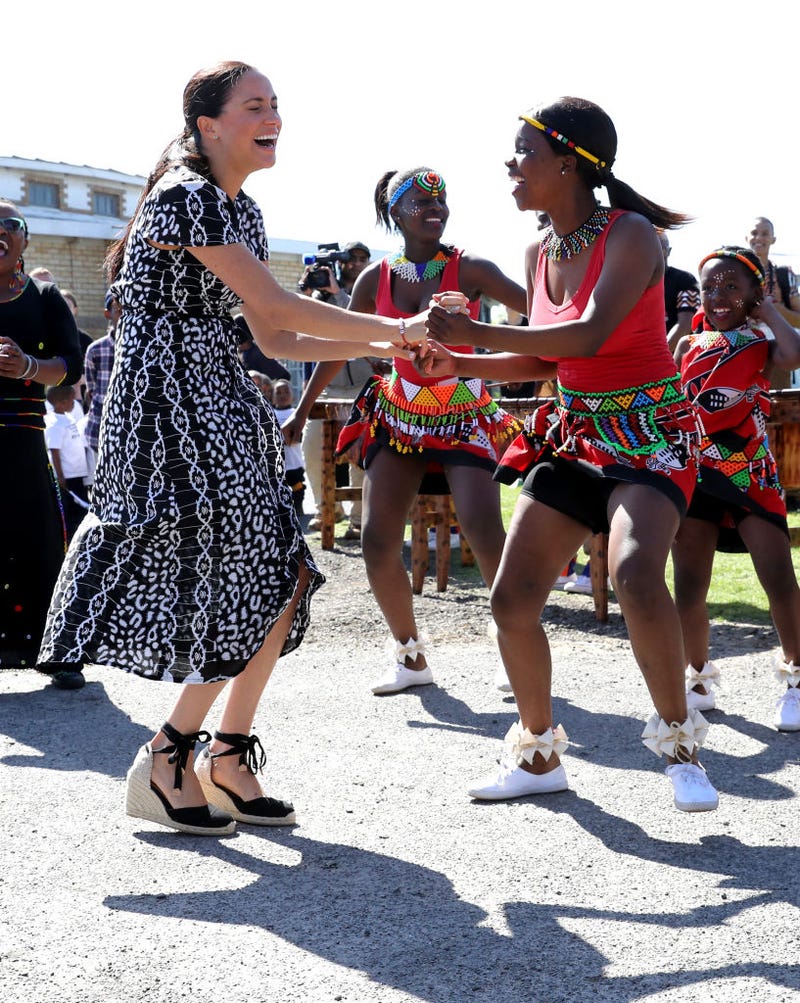 The source that told ET this information said that the couple were “notably more relaxed than when they arrived in the Pacific,” and were “all smiles, very touchy-feely with each other. They hugged everyone they met.”

BBC News reported that Markle gave a speech in a deprived part of South Africa and said, “She is with them as a woman of color and as your sister.”

According to BBC her comments are in relation to the spike in violence against women. This has ignited many protests all across South Africa.