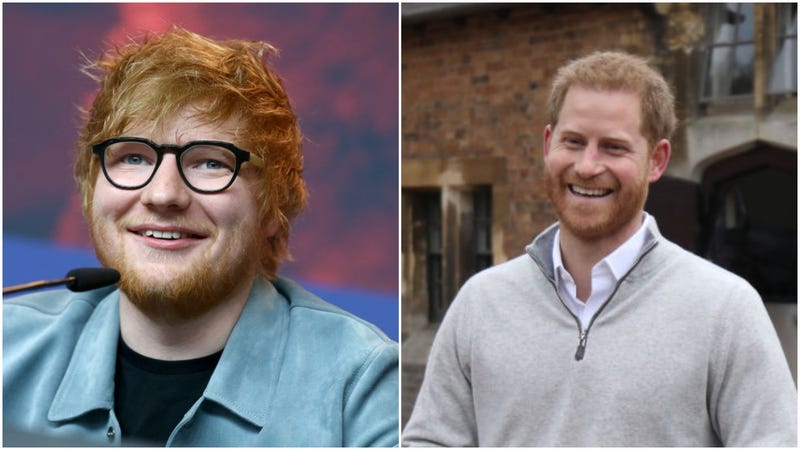 Two fan-favorite redheads are up to something together! The Duke and Duchess of Sussex have revealed a mysterious meeting between Prince Harry and Ed Sheeran.

The Sussex Royal Instagram account has been blowing up since the royal pair posted a video of Ed Sheeran knocking on Prince Harry’s door. The clip shows Sheeran walking up to the door, ringing the doorbell, and then immediately being welcomed in by the Prince.

“It’s like looking in a mirror,” Prince Harry says as he welcomes Sheeran inside. The two are sporting their signature red hair and gray polo shirts.

“Do you mind if I bring the cameras in?,” Sheeran asks. Prince Harry gives an adamant “of course” and the two disappear into the house. The message “Coming soon…10 October #WMHD” flashes across the screen.

According to People, the clip seems to be shot at none other than Princess Eugenie’s house. So what could the two be up to?

Considering Prince Harry’s candidness about mental health and his passion for supporting mental health causes, it’s clear that the two have something in store for Thursday’s World Mental Health Day.

Fans of the royals and Sheeran alike flooded the Instagram post to express their excitement over the mashup.

“This could be EPIC!,” one user writes. While another, more confused user chimes in, “Didn’t see this coming.”