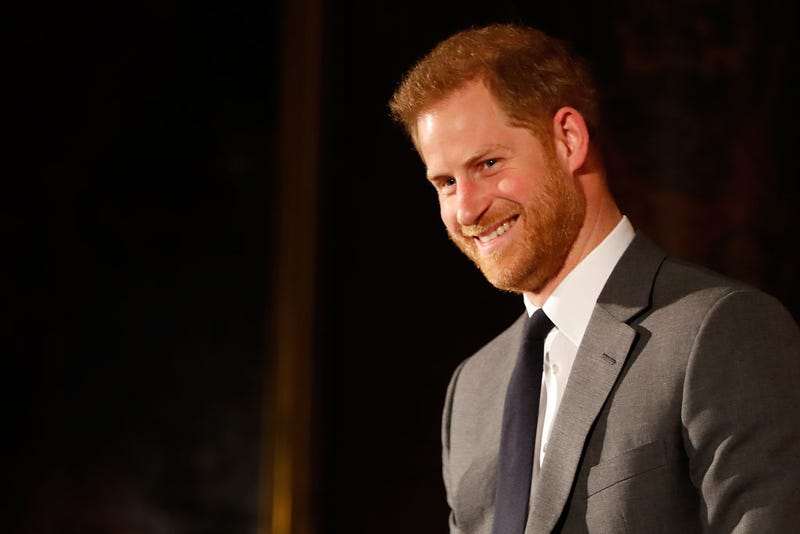 Fatherhood has Prince Harry all choked up.

The Duke of Sussex got emotional while discussing being a parent to five-month-old son Archie at the WellChild awards in London, according to the Daily Mail.

In the midst of a poignant speech, the 35-year-old recounted how at last year’s ceremony he and Meghan Markle had yet to publicly reveal they were expecting a baby.

The Duke of Sussex delivers his speech at the #WellChildAwards, in association with @GSK. To see the full speech, head over to our Facebook page. ⭐️ pic.twitter.com/snzrpcnlYh

"Yet this year, it resonates in a different way, because now I’m a father," he said. "Last year, when my wife and I attended, we knew we were expecting our first child – no one else did at the time, but we did – and I remember …"

Harry paused and tried to collect himself while rolling back tears as the award show’s host consoled him by patting his back. After the audience chimed in with a supportive round of  applause, the royal continued his speech.

"And now, as parents, being here and speaking to all of you pulls at my heartstrings in a way I could have never understood until I had a child of my own.”

The Duke and Duchess of Sussex with WellChild Award winner William. #WellChildAwards pic.twitter.com/QjxwcgEFSF

The WellChild awards is an annual event that honors seriously ill children and their caregivers. Prince Harry has been a supporter of the charity and a patron of the award show for years.

The Duchess of Sussex was also in attendance and later joined her husband on stage. The event was the couple’s first joint public outing since returning from their 10-day tour of Africa earlier this month.

Watch More: The Cutest Royal Baby Photos Through the Decades