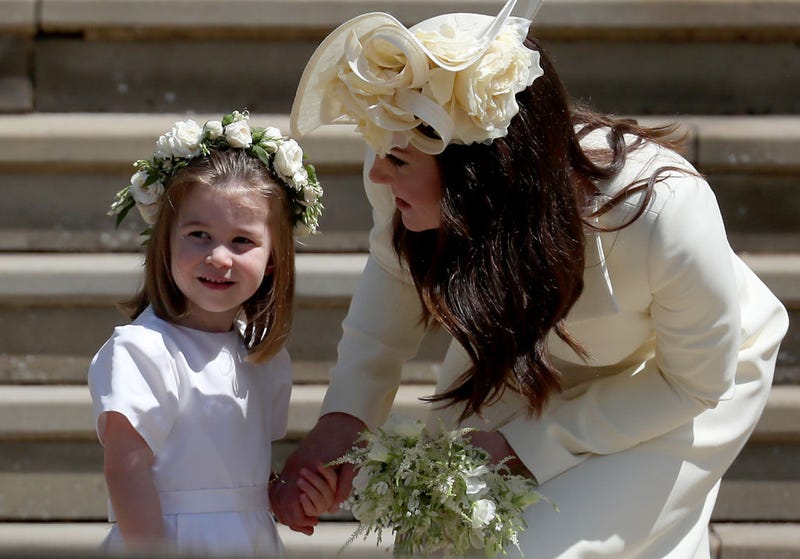 They grow up so fast!

Prince William and Kate Middleton’s daughter Princess Charlotte is getting ready to head to school.

The four-year-old is set to start her first day of class on September 5th and will be joining big brother Prince George at the same private school, Thomas’s Battersea.

Princess Charlotte 'Can't Wait to Be with Prince George at Big School' Next Week https://t.co/nOdH6Ip2cW

And while many kids might feel nervous about leaving home and stepping into the new situation, the little royal couldn’t be more thrilled.

“She can’t wait to be with George at big school,” an insider told People. “She is so excited about it all.”

George and Charlotte are said to be very close siblings as they don’t get the opportunity for many playdates with non-family members.

Her six-year-old brother is two years ahead of Charlotte and will be able to mentor and introduce her to the other students.  Then again, since she’s fourth in line to the British throne, it’s probably safe to say everyone knows who she is already.

The school reportedly costs $23K a year and is located a few miles from the Duke and Duchess of Cambridge’s home at Kensington Palace.

Prior to the start of school, the entire family took a vacation to Scotland to  visit Queen Elizabeth and Prince Philip at Balmoral Castle, where they often spend summers.

The holiday made headlines as Prince William, Kate, Prince George, Princess Charlotte and baby brother Prince Louis all flew on a low-cost commercial flight to their destination.