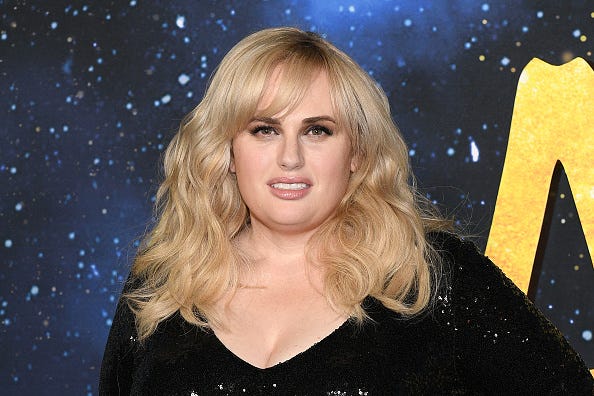 Rebel Wilson is sharing her past struggles to help inspire other people.

The 41-year-old reflected on when she was her “most unhealthiest” prior to undergoing her “Year of Health” in which she dropped more than 60 pounds.

"Okay so I know that I normally post flattering photos of myself…but found this old photo in my emails and was like: whoa! I remember this was when I was at my most unhealthiest — being overweight and indulging way too much with junk food," she captioned a photo alongside professional tennis player Novak Djokovic.

The “Pitch Perfect” star noted she used food to “numb” her emotions as she dealt with the death of her father.

“My father had passed away of a heart attack and it was such a sad time,” Wilson added. “I didn’t think highly of myself and wasn’t valuing myself how I should have.”

After her transformative "year of health," the Australian actress noted how far she’s come and hopes it can serve as motivation to anyone else in a similar situation.

“I look back now at that girl and am so proud of what she’s become and achieved,” she continued. “And just wanted to send out some encouragement to everyone out there struggling with weight or body issues or emotional eating. I feel you. I know what it’s like.”

Since her weight loss transformation, Wilson has continued to update fans with her progress by sharing photos in stunning outfits that highlight her slimmed down physique.

In recent weeks, she’s modeled in a black t-shirt and blue skinny jeans, a black bikini and even recreated an iconic Britney Spears look.