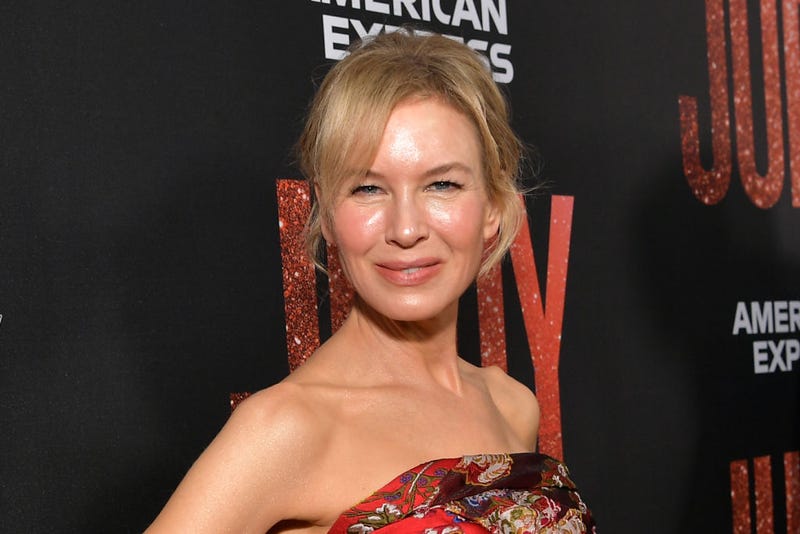 Judy Garland fans have a lot to sing about as the Hollywood legend’s biopic “Judy” hits theaters this weekend.

The film, starring Renée Zellweger in the titular role, chronicles Garland’s five-week stint performing sold-out shows at London’s Talk of the Town nightclub in 1968. The singer powers through the gig while battling depression, addiction and forging a romance with her future fifth husband Mickey Deans.

While Zellweger had big ruby red slippers to fill, the reviews of her transformative performance has been nothing short of spectacular.

Rolling Stone said the actress “performs miracles playing Judy Garland: singing her heart out, baring her bruised soul and acting with a ferocity that ultimately rises to a state of grace.”

And if anyone is weary if it’s an over-the-top caricature of the Wizard of OZ star, fear not because according to Entertainment Weekly, Zellweger “subsumes herself completely in the role, without ever tipping over into some kind of gestural Judy drag.”

Don’t miss out on Renée Zellweger’s “career-defining” performance in #JudyTheFilm!

On top of the acting, the “Bridget Jones’s Diary” star actually sings all of Garland’s classic songs in the film and on the soundtrack. And while Zellweger had previously shown her musicality in “Chicago,” trying to mimic a vocal powerhouse like Garland was intimidating to say the least.

“I never tried to hit any of those notes before — I mean, maybe in the shower it was a good idea,” Zellweger told EW. “So I started the vocal training and the practical training that I could, just to see what that felt like and to see what was necessary in order to actually make that sound.”

And it appears her training paid off, because not only is Zellweger getting Best Actress Oscar buzz (she already has a Supporting Actress statue for her role in “Cold Mountain”), but her singing chops are said to be in a league of their own.

“No matter how well you know "Over the Rainbow," you may never hear it as heartbreakingly performed as Zellweger sings it here,” said the NY Post.

“Judy” is in theaters now.