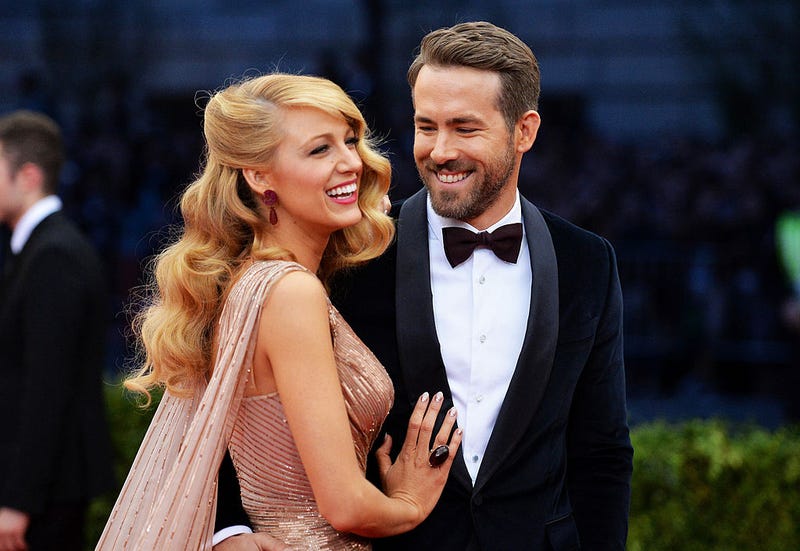 Reynolds the photo of himself, Lively and their newborn standing in a forest in British Columbia. The couple welcomed the child earlier this year.

I love B.C. 🇨🇦 I want my daughters to experience the same natural playground I grew up in. On Oct. 21, the candidate you vote for will SHAPE CLIMATE POLICY. I’m proud of the climate progress made the last 4 years. Click https://t.co/gJ8wvRwD2y for voting info. #Capilano pic.twitter.com/a3itOeIqQx

Entertainment Tonight reported that both Lively and Reynolds normally don’t share personal photos of their family. While the couple did not announce the sex of their youngest child and blurred the baby's face out with a drawn-on smily face, fans are concluding the newborn is a girl.

"I love B.C." the caption begins, followed by a Canadian flag emoji. "I want my daughters to experience the same natural playground I grew up in."

The “Deadpool” star went on to reference Canada’s upcoming election, highlighting the impact it could have on climate policy.

"On Oct. 21, the candidate you vote for will SHAPE CLIMATE POLICY," Reynold wrote. "I’m proud of the climate progress made the last 4 years.”

Lively revealed she was pregnant at the premiere of “Detective Pikachu” in New York City back in May. At the premiere she wore a yellow dress that showed off her baby bump.