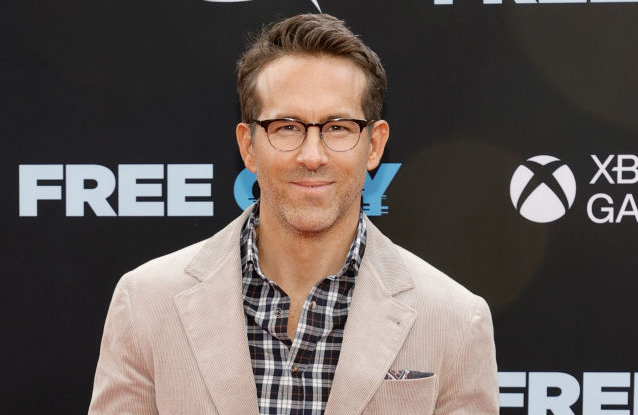 Ryan Reynolds is hanging up his hat, for now.

On Saturday, the 44-year-old actor took to Instagram to announce that he would be taking a “little sabbatical from movie making.”

The news comes as he wrapped production on his forthcoming film “Spirited.”

“That’s a wrap for me on Spirited. Not sure I’d have been ready to say yes to a film this challenging even three years ago,” he wrote.

The Golden Globe nominee continued: “Singing, dancing and playing in the sandbox with Will Ferrell made a whole lotta dreams come true. And this is my second film with the great @octaviaspencer…”

“I’m gonna miss every second working with this obscenely gifted group of creators and artists,” he added of the cast and crew. “These days, kindness matters as much as talent. I’ve been lucky to work with folks who are flush with both.”

The father-of-three mentioned that it was the “perfect time” for him to take a break from making blockbuster films.

Reynolds, who stars as Ebenezer Scrooge, also serves as producer.

It does not yet have a premiere date, but you can catch Reynolds and Ferrell, who plays the Ghost of Christmas present, harmonizing for an epic behind-the-scenes TikTok.

Following the announcement, his wife, Blake Lively, trolled him in the comments section.

"Michael Caine did it first," the 34-year-old actress wrote, referring to the rumors that the 88-year-old star would retire from acting after the debut of “Best Sellers.”

Spencer took the comments section to sing Reynolds’ praises: "You're an amazing actor/singer and producer. I had a blast working with you, Will, and this outstanding cast and crew! Enjoy your downtime.”

The Canadian actor has earned a hiatus following a successful year that included the debut of two box office action comedies -- “Hitman’s Wife’s Bodyguard” and “Free Guy,” which raked in $28.4 million in its opening weekend and already scored a sequel from Disney.

He is also set to appear in “Red Notice,” co-starring Dwayne Johnson and Gal Gadot, which will hit Netflix on November 12.