Ryan Reynolds loves raising three children with Blake Lively but never thought he would be a "girl dad."

The "Deadpool" actor opened up about his personal life during an interview with Mario Lopez's kids for Access Hollywood.

"I love being a girl dad," Reynolds said. "I have three daughters, which I never in a million years would have imagined."

Reynolds, the 44-year-old, shared that he comes from an all-boys family and has three older brothers. He added that having three daughters is exciting, and he loves every second of it.

The native from Canada also shared that he admires Lively and his daughters for their determination. He shared that if anything got crazy or scary in this life, his daughters and wife are the first people he would lean on.

While Lively and Reynolds have busy schedules, the actor said that they always find time to put their children first.

Reynolds and Lively share three daughters – James, 5, and Inez, 3, and a one year old named Betty.

The married couple typically keeps their kids out of the public eye but love to tease each other on social media. 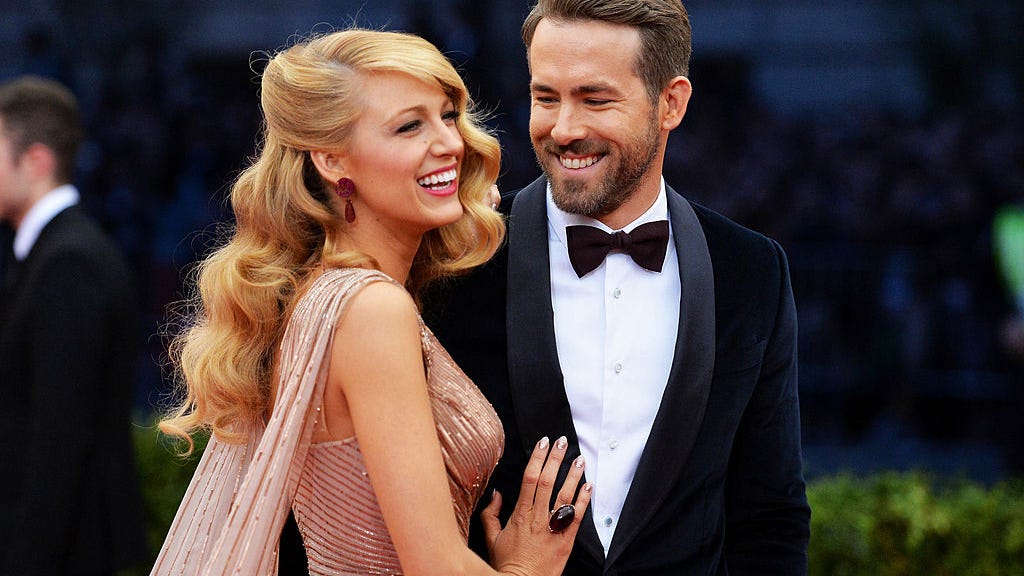 Lively recently teased her husband for wanting a specific sweet treat for his birthday. In October, the heartthrob actor turned 44 and chose a pie instead of a traditional birthday cake to celebrate. His wife made sure to troll her husband for his unusual choice for dessert.

“1) Who is the lost soul that selects birthday PIE. 2) What ANIMAL eats their cake (pie) without first blowing out the candles. @vancityreynolds that’s who,” the “Gossip Girl” star captioned the post on Instagram. The 33-year-old posted a photo of her husband waiting to blow out his candles.