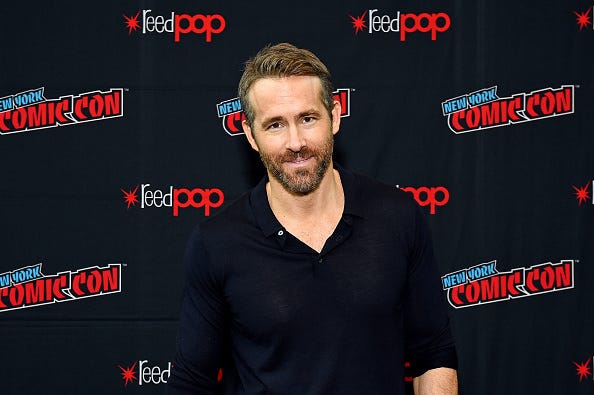 This could have been a scene straight out of one of Ryan Reynolds’ movies!

The actor suffered a terrifying moment while attending the Comic-Con in São Paulo, Brazil when a barrier almost crushed him while he was greeting fans.

Reynolds was there to promote his film, “Free Guy,” and jumped off stage after the panel to get closer to the crowd.

The videos shared on Twitter reveal that the crowd got a little too excited when Reynolds approached and pushed forward causing the barricade to come crashing down.

Reynolds managed to avoid injury by jumping out of the way and back on stage.

His co-star, “Stranger Things'” Joe Keery can also be seen in the clips reacting to the moment and getting out of harm's way.

Reynolds spoke out about the moment during an interview with Entertainment Tonight stating, “Well, ordinance collapsed and that was a little, I think it looked worse than it was.”

“All I was worried about were the people that were — what you could tell is that they were falling, like, ‘Oh, they’re gonna be fine,’ and it’s like, ‘Oh, but that leg is gonna go,’ so I jumped out. But it was, yeah, everyone was fine,” he admitted.

Ryan even joked that Blake went out of her way to remind him to be safe at the event.

“My only job that Blake said as I was leaving was, ‘Just come home in one piece,’” he said. “So that was my only job.”

Despite the mishap, he definitely kept his promise to his wife.