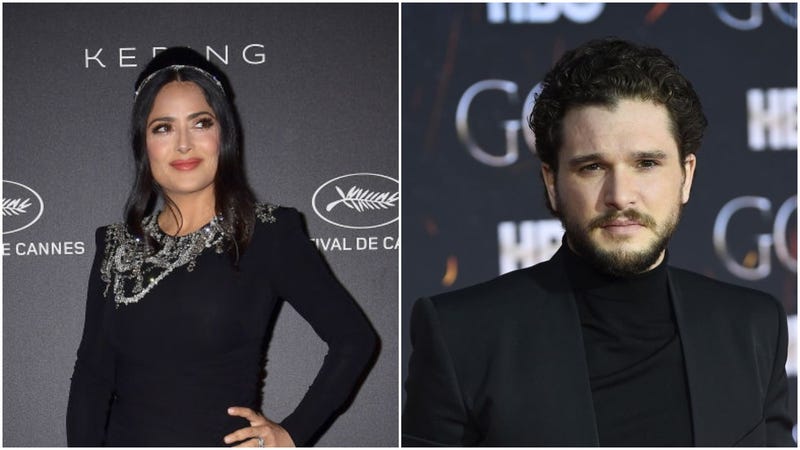 Salma Hayek is a “Game of Thrones” fan just like the rest of us.

The Oscar nominated actress flaunted her excitement over working with Kit Harington on the upcoming Marvel film “The Eternals” by sharing a snap alongside the handsome actor, according to Entertainment Weekly.

“I can’t believe that I’m working with #jonsnow! Kit you’re the best!!!,” the 53-year-old captioned a pic embracing her co-star.

With their ensemble superhero film in production, Harington has since cut off his trademark Jon Snow locks and sports a more clean-cut look.

“The Eternals” takes place millions of years prior to the events in “Avengers: Endgame”, when the titular race of super-powered beings were created by the Celestials, to protect the world from their villainous enemies, the Deviants.

In the movie, the 32-year-old plays a non-Eternal character named Dane Whitman, who, in the comics, goes on to become the Black Knight.

Take a look at the incredible cast of Marvel Studios’ THE ETERNALS, on stage at the #D23Expo

Hayek plays the leader of the Eternals, Ajak. In the comics, Ajak is a man, but the film’s director, Chloe Zhao, had a different vision for the role.

"But Chloé [Zhao], the director, has approached the leadership a little bit more [with a] deeper connection," Hayek said. "So, it's like a family and I'm like their mother, and they're all beautiful in different ways."