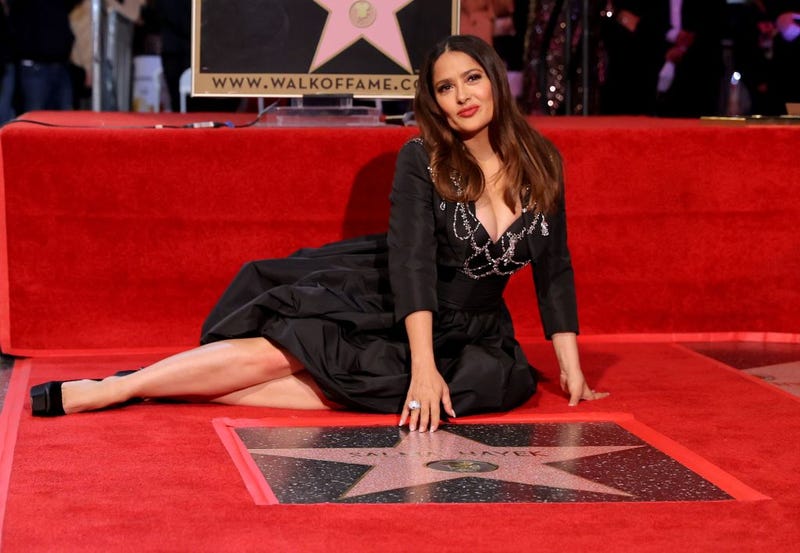 After decades in the movie industry, Salma Hayek got her star on the Hollywood Walk of Fame.

While a place on the Walk of Fame has a reputation as a late-in-life tribute, they’ve bestowed the honor on younger stars of late. 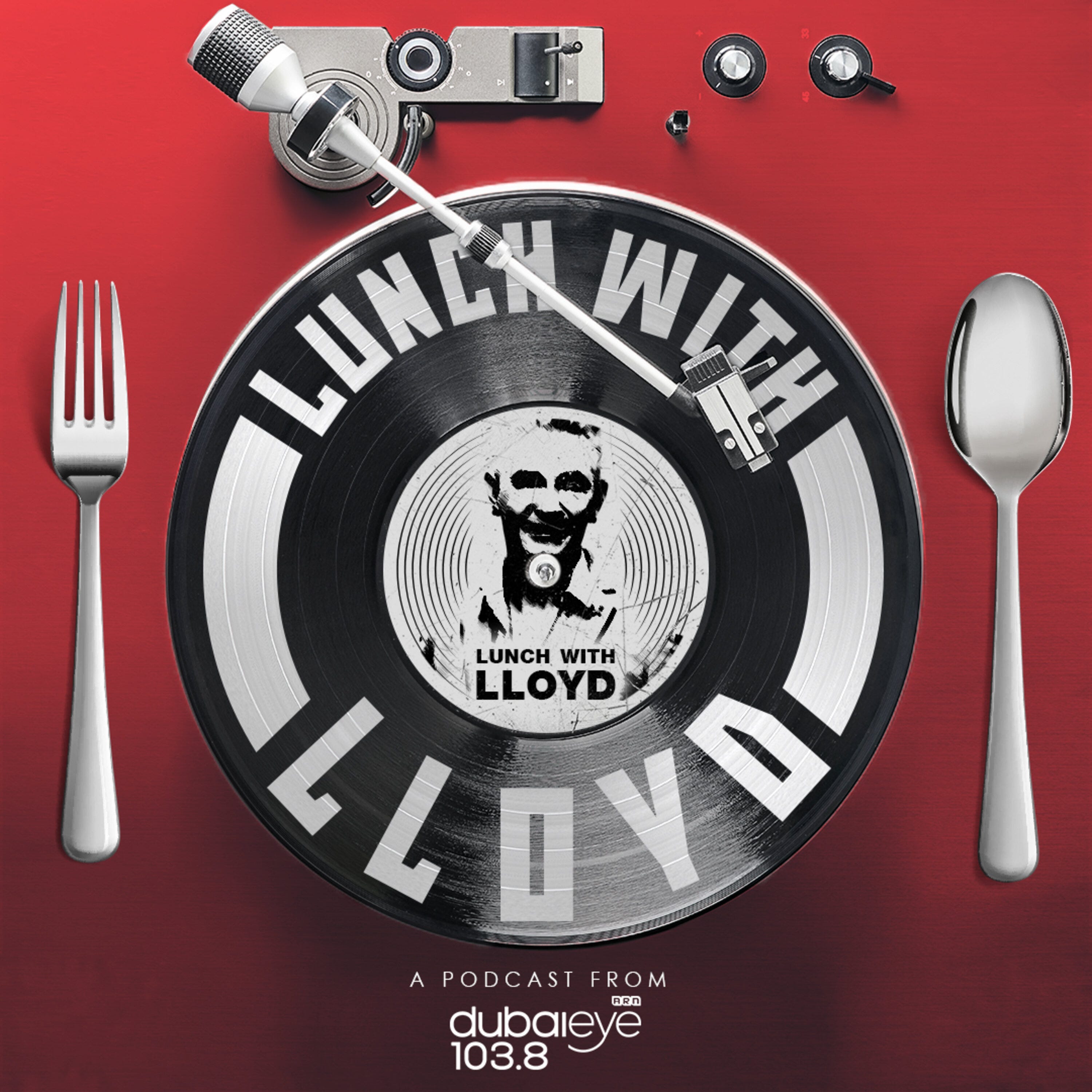 As Yahoo Entertainment reports, the 55-year-old actress became the 2,709th celebrity to receive a star on the legendary walkway at a special ceremony outside of the TCL Chinese Theatre.

And just as Paul Rudd told of his trash-picking early days to Seth Meyers on “Late Night” recently, Hayek reminded her fans that the beginning of an actor’s career isn’t very glamorous. Though Hayek’s starving artist story was a bit more harrowing than Rudd’s.

Hayek started her speech by reflecting back upon the hardscrabble early days at the beginning of her career, telling what she called the "horror story" of when she was almost stabbed by a stranger.

Hayek shared that around two years after she had moved to the United States, she was showing some friends around town when they passed “a poor man who was on the floor and was very messed up.” He said "something to me that I don't dare to repeat."

The actress "ignored it and kept walking... and he took offense, got up, took a knife out and started coming after us, especially after me, trying to stab me."

Hayek ran as fast as possible, but "nobody helped us" not even when they ran into a store. She managed to ward the man off with a stick she found behind the counter, but it wasn't until two men "who, in my desperation I thought were ZZ Top, walked in" did they get help.

"They turned out to be the Hell's Angels," shared Hayek, noting that they disarmed the man and walked her and her friends to their car. "They were gentlemen, they saved us."

"Every time I thought about Hollywood Boulevard,” mused the “Eternals” star at the ceremony, “this is what I remember. The truth is that when I went home that night, I said 'What am I doing here? Nobody wants me. I mean, I almost got killed today.'" 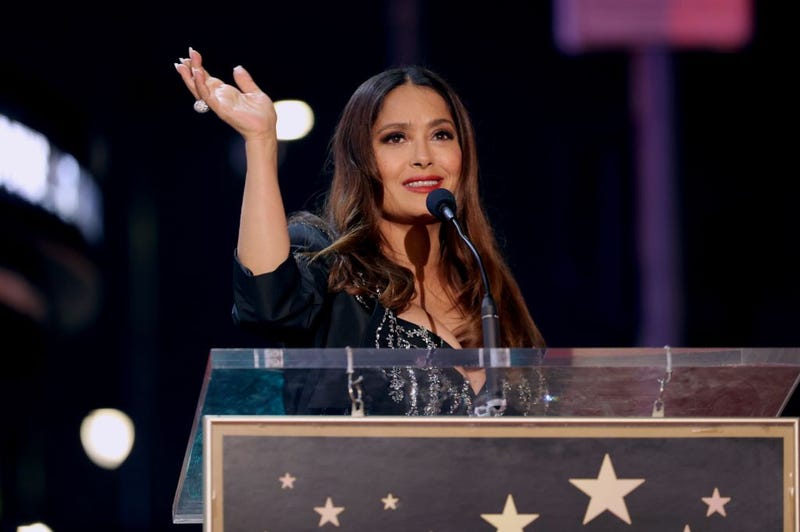 Salma Hayek at the Hollywood Walk of Fame Star Ceremony

While also making serious mention of the racism she had to endure, publicly and professionally, in those early days, she did get around to the inspiring stuff in her speech.

"If you think you are not good at it like I did, make yourself good at it," the “House of Gucci” star told the crowd. "It doesn't have to be the movies. Be your best at everything you do."

"Try to be better. Try to find the joy in what you do," Hayek continued. "Work hard. Prepare. Don't care what anybody says. But most importantly, don't listen to yourself when you bring yourself down.'' 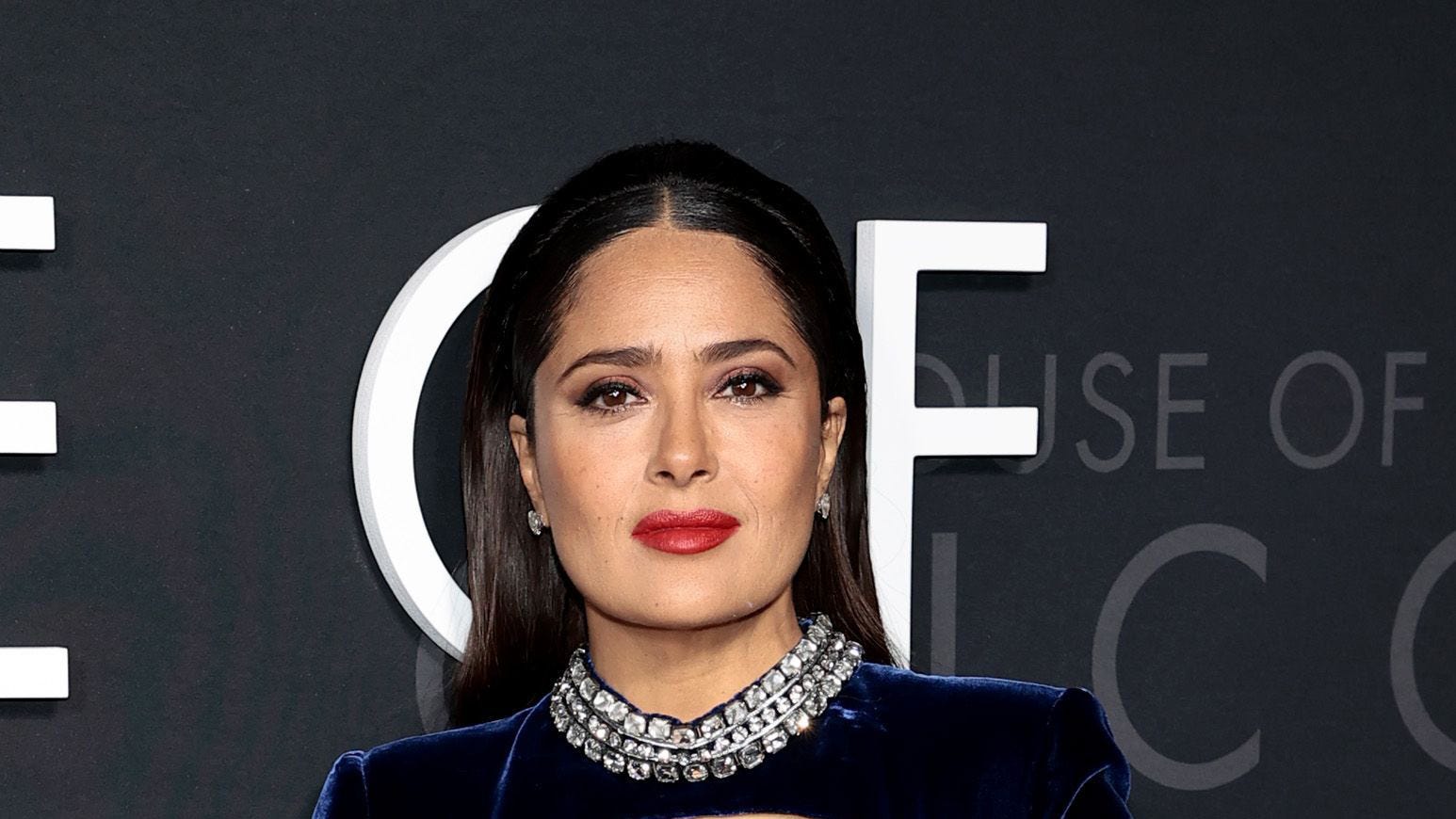 "You are an amazing person," funnyman and friend Sandler told Hayek. "You know, down-to-earth is a good phrase about Salma. She's nice to everybody... She's an incredible actress, but honestly the nicest girl."