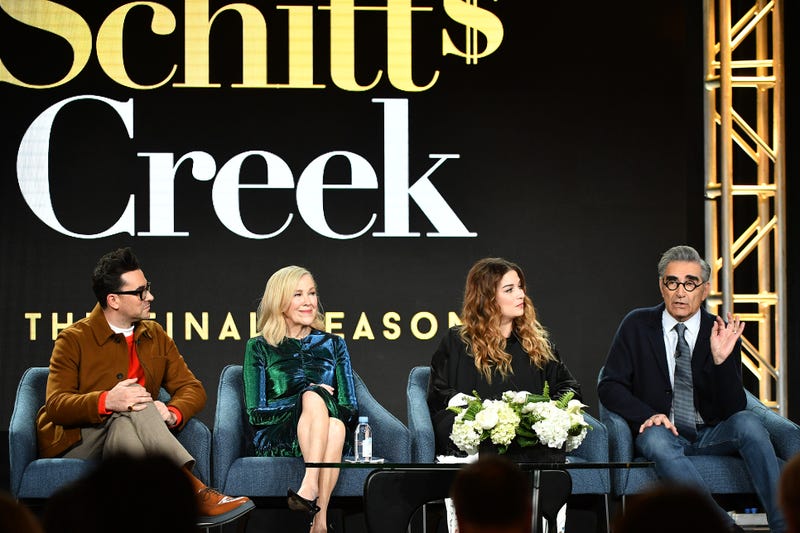 Advance to “go” and buy the Rose Apothecary!

Schitt’s Creek is following in the footsteps of “Star Wars” and “Game of Thrones” by getting its own Monopoly game.

The Emmy-winning comedy’s official Instagram account made the announcement that Hasbro will be modeling the timeless classic after the quirky Rose family and the quaint town of Schitt’s Creek. You know what that means -- family game night with fruit wine!

The first picture in the carousel of photos features matriarch Moira Rose, played by Catherine O’Hara, in one of her stunning wigs, noting: “They would have a virtual monopoly on this town.”

The second picture gives fans a glimpse at the custom board, which includes the small town’s tag: “Where everyone fits in.”

Playing cards have also been updated to include quotes from the show as the top of each card reads, “Hello you.”

Locations on the board include “Bob’s Garage,” “Town Hall,” and “Blouse Barn,” while fans can choose from pieces like Moira’s rounded sunglasses, the Rosebud motel room key, a Galapagos turtle, and a crow (from the hit film “Crow’s Have Eyes").

When fans questioned whether the game was real, the account confirmed: "(it's real! you can buy it!)"

The “Schitt’s Creek” edition retails for $39.99 on the supplier’s website.

"Join the Rose family on opportunistic adventures as you buy, sell, and trade popular locations from the show, including The Rosebud Motel, Bob's Garage, Herb Ertlinger Winery and more," the description reads.

"Celebrate tongue-in-cheek victories with Hello You and Love That Journey for Me cards, while rent and taxes like Roland's Truck and 'That's Not a Write Off!' make or break your small-town struggle to come out as the richest little townie and win!" 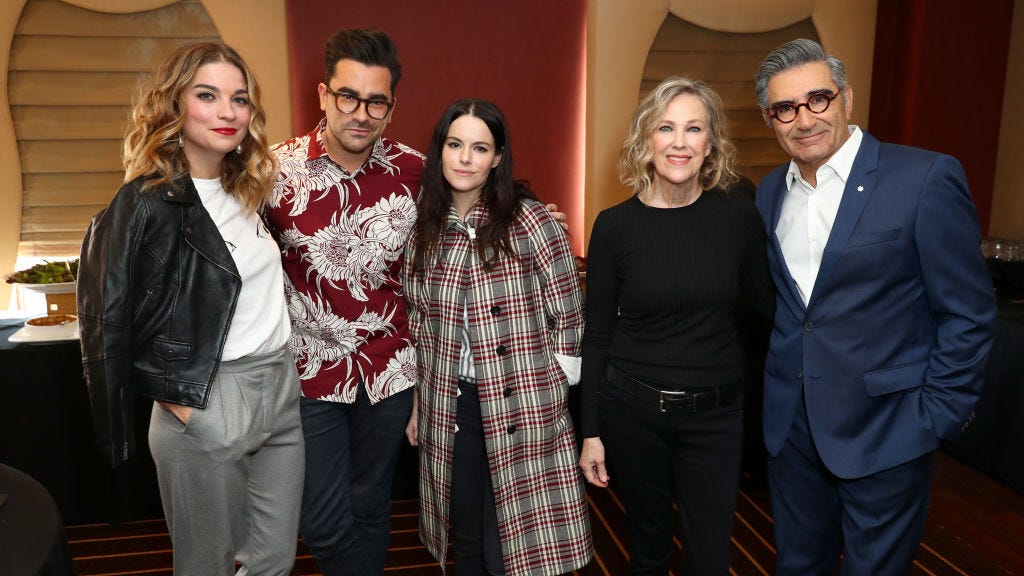 Mansion featured on 'Schitt's Creek' could be yours for $15 million

You can also cook (and fold in the cheese) just like a Rose with this unofficial cookbook. Also keep your eyes peeled for a book from the father-and-son duo, titled “Best Wishes, Warmest Regards.”