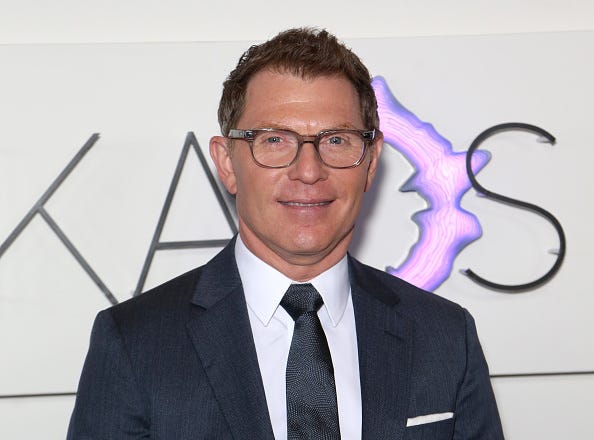 Bobby Flay took a break from the kitchen this weekend to show off his impressive golfing skills. After he successfully executed a shot on the 7th hole, he celebrated with a somersault for the crowd.

Flay spent the weekend competing in the American Century Championship’s celebrity tournament which took place in Nevada. He posted the moment he made a killer shot on Instagram.

The commentators begin by introducing the renowned Chef. “We are back with Bobby Flay, the chef supreme,” they say. “Bobby Flay is not only a great chef and a great restaurateur, but he can play a little golf as well.”

It was then that Flay sunk his ball into the hole, immediately heading to the crowds for some congratulatory high fives. After a quick victory lap, he then kneels down and rolls on the ground a bit for what appears to be his take on a somersault.

Wait for it..... Having the best time at @acchampionship @edgewoodtahoe! Sound on for the full effect.. ⛳️#accgolf

But despite Flay’s moment of victory, it wasn’t enough to take down the true champion, Tony Romo, People reports.

Other celebrities who competed in the day’s events were John O’Hurley, Ray Romano, Justin Timberlake, Stephen Curry, and Jack Wagner.