With the coronavirus pandemic driving people away from their jobs and schools, everyone is suddenly finding themselves with a lot of free time to indulge in indoor extracurricular activities.

And while officials urge citizens to practice social distancing to stop the spread of the virus, “Shark Tank” judge Daymond John predicts a lot of people are actually going to get a lot closer and cause a "baby boom."

“People gonna be home, gonna have some extra time on their hands,” John told People. “A little bored, maybe, or in love.”

The 51-year-old believes if people spend the next two weeks Netflix and chilling, it could just lead to a holiday season overflowing with expectant parents.

“And nine months after everything is over, we’re gonna have a whole lot of babies,” he added.

John didn’t exclude himself from the possibility of being susceptible to the romantic theory and already has things planned out.

“Listen, I travel 250 days a year so I may be home, so I’m gonna name my baby Corona,” he said jokingly. 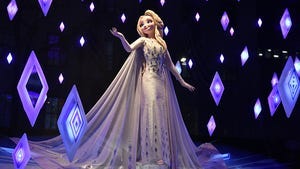 Meanwhile John’s "Shark Tank" co-star Mark Cuban has announced some measures to help blunt the financial effects of the pandemic.

The Dallas Mavericks owner has said he is putting a plan in place to continue to pay hourly workers at the American Airlines Center.

"I reached out to the folks at the arena and our folks at the Mavs to find out what it would cost to support, financially support, people who aren't going to be able to come to work," Cuban told reporters.

"They get paid by the hour, and this was their source of income. So, we'll do some things there. We may ask them to go do some volunteer work in exchange, but we've already started the process of having a program in place. I don't have any details to give, but it's certainly something that's important to me."