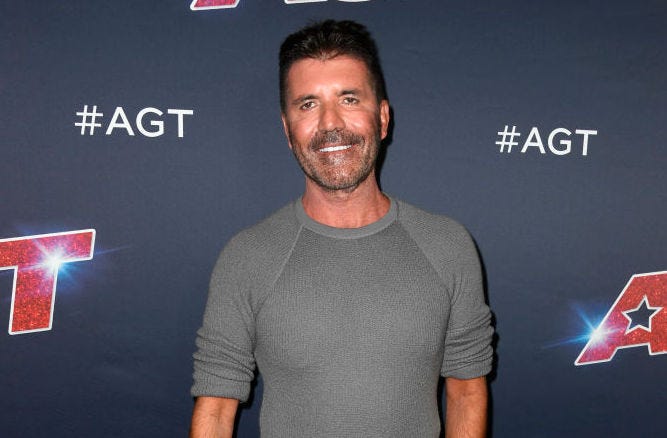 Simon Cowell completely changed his lifestyle, and the results are quite impressive.

While arriving to a taping of “American’s Got Talent” this week, the 59-year-old looked visibly leaner after recently dropping 20 pounds, according to the Daily Mail.

The reality show judge accented his svelte figure in a slim grey sweater and a loose pair of charcoal slacks while posing for pictures on the NBC show’s red carpet.

Cowell’s new physique is attributed to adopting a vegan diet and reducing his alcohol intake.

“I went to see this guy who's very well-known. And he said to me, after doing some blood work, 'You can't have red meat, dairy, sugar, bread or gluten,’” the “American Idol” alum told Extra. “I’m thinking, what about alcohol? That’s all I care about. And he said, ‘Maybe not quite as much as you had before.’”

The opinionated media personality was motivated to make changes to his routine  after being hospitalized after fainting and falling down the stairs at his home in 2017.

“Sometimes we get a reminder that we’re not invincible and this was certainly mine. It was a huge shock,” Cowell said after the health scare. “They think I fainted because I had low blood pressure and so I have got to really take good care of myself to sort that out.“

While he now avoids many of his favorite comfort foods, Cowell says maintaining his new diet isn’t that hard.

“Once you get into a pattern I’ve found it quite enjoyable. It has helped me sleep and I wake up feeling less tired,” he added.  “I noticed a massive difference in how I felt in about a week.”

And now everyone notices the difference too.