Happiness begins with another Jonas!

Joe Jonas and Sophie Turner are reportedly expecting their first child together.

E! News, Just Jared and US Weekly report that multiple sources have confirmed the “Game of Thrones” actress' first pregnancy alongside the Jonas Brothers singer.

“The couple is keeping things very hush hush but their friends and family are super excited for them,” one source told Just Jared.

Another source said, “Sophie has decidedly been choosing outfits to wear on and off the carpet to accommodate her changing body.”

Reps for both Jonas and Turner declined to comment. The couple themselves have also yet to comment on the reports.

The news comes less than a year after the 23-year-old actress and the 30-year-old singer tied the knot.

The couple had two weddings – the first nuptials happened in a surprise ceremony in May 2019 following the Billboard Music Awards in Las Vegas. They exchanged ring pops instead of wedding rings.

It was followed by a more extravagant, second ceremony in France a month later. 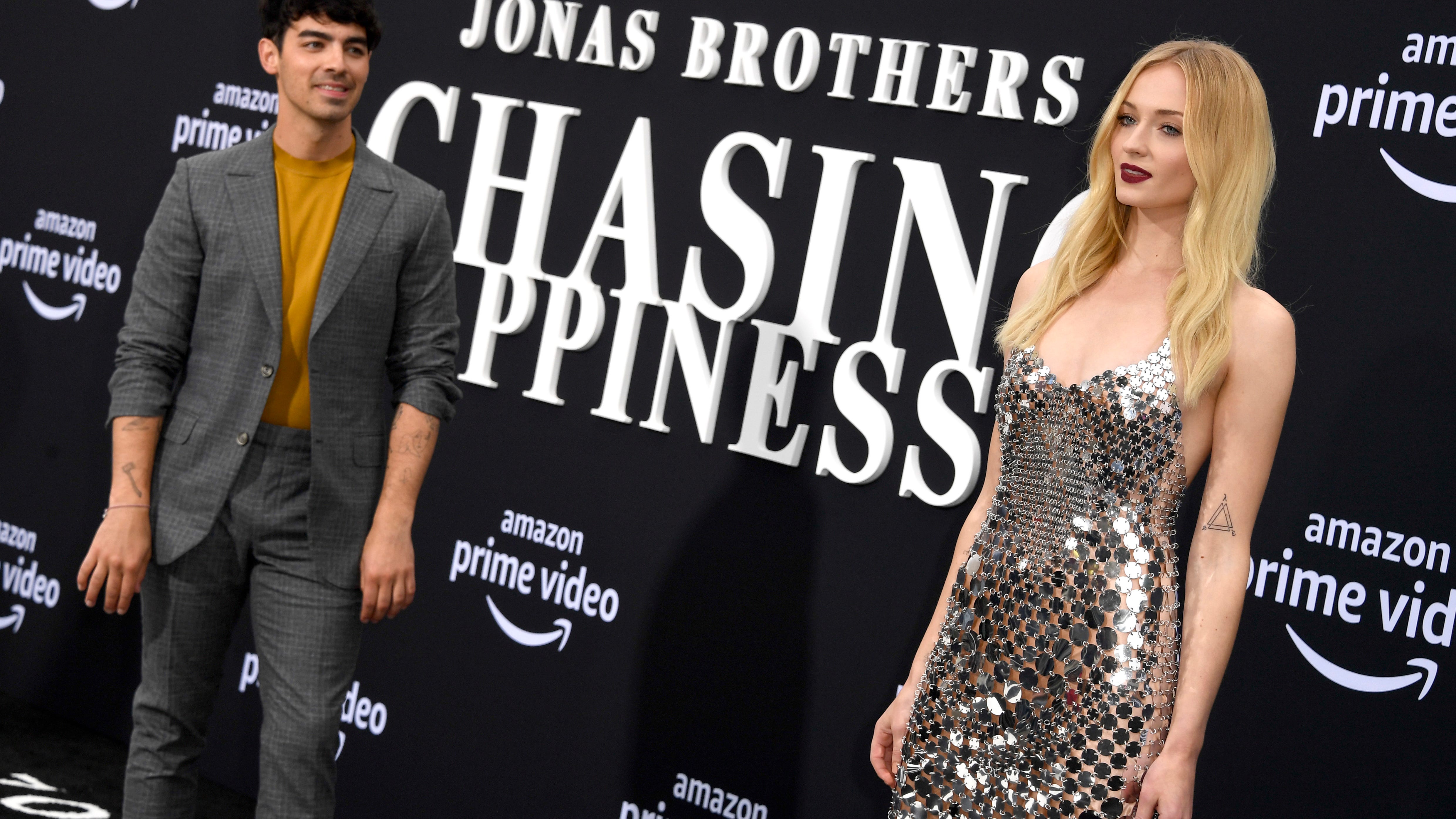 The couple began dating in 2016, but kept their romance out of the spotlight for quite some time.

Following their wedding, Turner became known as a "J Sister" alongside Kevin Jonas' wife Danielle Jonas and Nick Jonas﻿' wife Priyanka Chopra-Jonas. The ladies have been spotted hanging out together and supporting their men at concerts, festivals, and award shows. They were even featured in two of their music videos for "Sucker" and "What a Man Gotta Do."