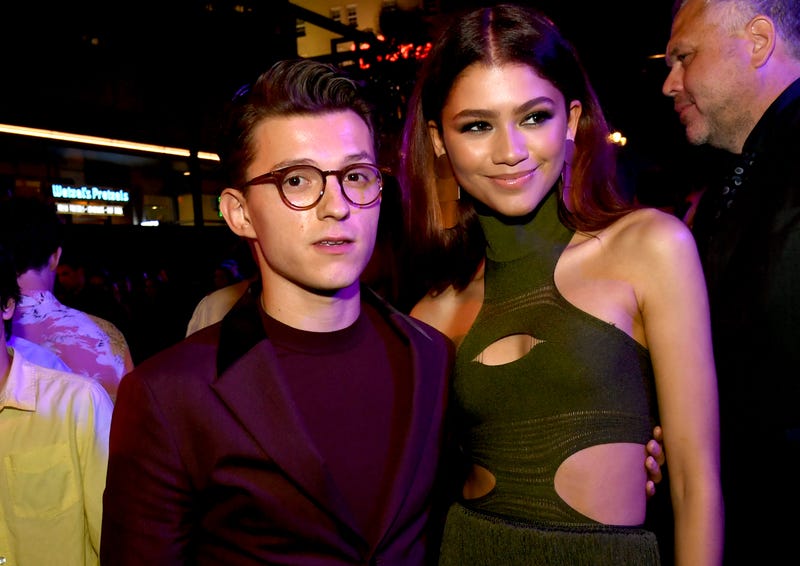 The model and actress, 24, was spotted kissing her “Spider-Man: Homecoming” co-star Tom Holland, 25, inside of a car in Los Angeles on Thursday, according to People. 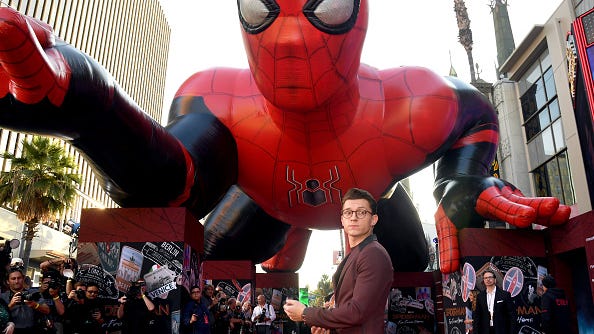 The two were seen smooching in the photos obtained by Page Six. In subsequent pics shared by the outlet, the duo were joined on an outing by the "Euphoria" actress' mom, Claire Stoermer.

According to the snaps, Zendaya wore a halter-style crop top with green pants, and accessorized her look with a pair of hoop earrings. Holland kept it casual in a white T-shirt with blue flannel button-up and sweatpants, according to People.

Neither Zendaya or Holland has confirmed the status of their relationship.

Rumors that the two were more than friends have been circulating for a few years.

"They started seeing each other while they were filming Spider-Man," an insider told People in 2017. "They've been super careful to keep it private and out of the public eye but they've gone on vacations with each other and try and spend as much time as possible with one another."

Most recently, Zendaya and Holland starred in the 2019 film “Spider-Man: Far From Home” in which Zendaya reprised the role of MJ and Holland as the titular superhero.

The latest chapter will be called “Spider-Man: No Way Home” and is set to hit theaters December 17, 2021.

"Far From Home," which featured Jake Gyllenhaal as Mysterio, earned more than $1 billion at the worldwide box office.