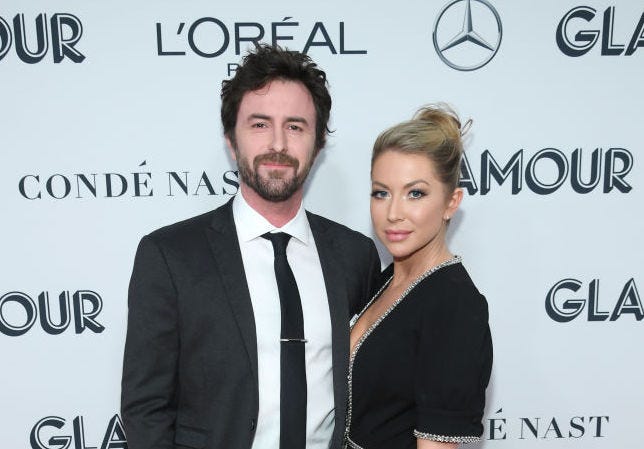 Stassi Schroeder is up to her neck with plans for her perfect fairy tale wedding, but her relationship didn’t necessarily get off to that fairy tale start. In fact, Schroeder thinks that’s not always realistic.

On her RADIO.COM Original podcast “Straight Up With Stassi,” Schroeder talks to Ross Matthews about how she knew fiancé Beau Clark was the one. When Matthews asked Schroeder if she felt like she got that love-at-fist-sight feeling, Schroeder set the record straight.

“It took us like a good 5 to 6 months of casually dating,” she said. “We both actually had just gotten out of on-and-off relationships, and I went out with him, and we both saw other people”

She continued, “I was wanting to like be single and he was wanting to be single.” After about five months had past, the rest was history. “And then it kind of just happened. No Cinderella story. It was just very like, mature,” she explains.

But things haven’t always worked that way for the “Vanderpump Rules” star. She even reveals that her current relationship has been different from all of the others she’s gone through. “It was the opposite of every other relationship I’ve been in,” she said.

She elaborates by joking, “Normally, I start dating someone, and they move into my apartment in like two weeks.”

Even though Schroeder didn’t experience that fairy tale start to her relationship, she certainly came out with her fairy tale ending. “Not every relationship works that way,” she explains. And she has no plans of it ending any time soon.

“I really never wanna get divorced,” she said. “Me and [Clark] both come from a family where our parents have both been divorced three times each. So like we were so groomed with divorce that I think we’re so scared of it. And I’m really hoping that that has made us people that like…it skips a generation,” she jests.

For more from Stassi Schroeder, listen to "Straight Up With Stassi" on the RADIO.COM app.