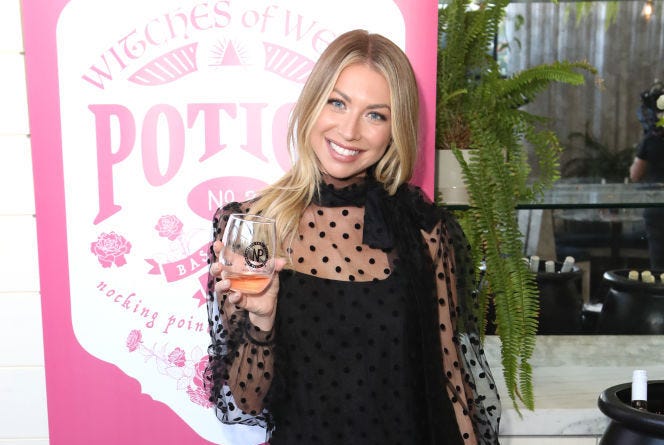 Stassi Schroeder is unveiling wedding details little by little. In her most recent podcast episode she talks budget, getting married overseas, and banning phones from her big day.

In the most recent episode of her RADIO.COM Original podcast, “Straight Up With Stassi,” Schroeder gets into some of the details of the highly secretive wedding planning process between her and Beau Clark.

While Schroeder is pretty good at remaining coy and closed off about the nitty gritty of her wedding details, there are a few things she’s willing to reveal…like the fact that they’re definitely getting married in Europe.

“We’re flying out of the country at the end of next month to go look at our wedding venues because I am getting married in Europe,” she adamantly confirms. And while the color scheme has been hard to plan for her, she knows she wants lots of “greenery.”

Choosing the wedding colors may not come so easily for the “Vanderpump Rules” star, but she has a pretty good idea of what direction she’s heading in.
“I want to keep everything white and clean and elegant,” she says of her future palette.

Location? Check. Colors? Check. Now, how much money is the star planning on shelling out for the big event? Careful not to reveal her exact number, Schroeder admits that many of her friends have kept their budgets in the $150,000 range while some splurge, paying up to half a million.

One thing’s for sure – Schroeder won’t be hitting the higher dollar mark. “I’m not going to be spending half a million dollars on a f------ wedding,” she exclaims. But she’s not afraid to admit that she might splurge on things behind Clark’s back. “Beau’s gonna think our wedding is like $30,000, meanwhile…,” she jokes.

On top of that, they're keeping their budget behind closed doors without accepting help from their parents. "Beau and I are both doing it on our own so that way, no one can tell us what to do," she quips.

If you were hoping to rely on your Instagram feeds to see how the wedding actually turns out, that might not even be an option for the Schroeder/Clark event. “We’re thinking of telling people they can’t have their phones,” she says.

“We definitely know that you can’t have phones for the ceremony,” she adds.

For more about the wedding and all things Stassi Schroeder, download RADIO.COM’s “Straight Up With Stassi.”