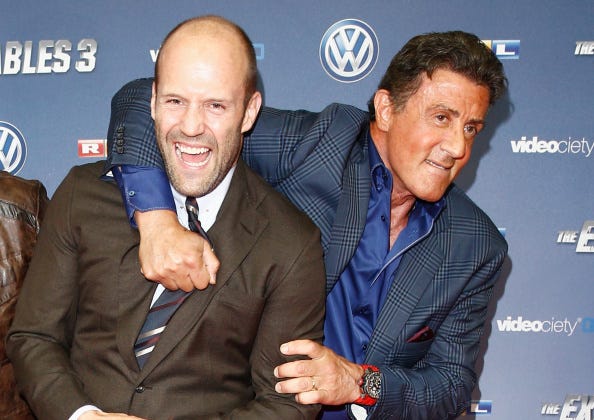 After more than 7 years, the gang is getting back together.

Sylvester Stallone is set to reprise his role of Barney Ross in a fourth chapter of “The Expendables,” according to The Hollywood Reporter.

The 75-year-old actor will be joined by fellow franchise co-stars Jason Statham (Lee Christmas), Dolph Lundgren (Gunner Jensen), and former wrestler Randy Couture (Toll Road) in the latest iteration of the action star blockbuster series. All 4 actors have appeared in the 3 previous films.

In addition to the veteran quartet, the new film will see the addition of Megan Fox, 50 Cent, and international martial artist Tony Jaa in new roles.

“It’s so much fun to bring these stars together for a no-holds-barred action film,” said Jason Constantine, president of acquisitions and co-productions for the Lionsgate Motion Picture Group. “The new film will raise the stakes and be the biggest, most badass adventure yet.”

Production is set to begin in October and the film will center on Statham and Fox’s characters, the outlet noted.

The 2012 sequel, “The Expendables 2,” added to its list of ‘80s action heroes with appearances by Arnold Schwarzenegger, Bruce Willis, Chuck Norris, and Jean-Claude Van Damme.

It is still unknown if any of them will make appearances in the upcoming sequel.

The first 3 films combined have earned over $829 million worldwide and prove actors of a certain age can still pack a punch at the box office.