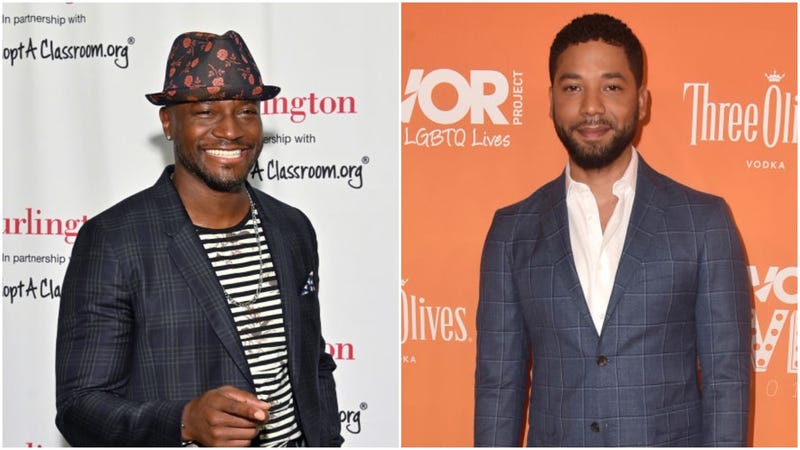 Taye Diggs is looking back on his recurring role with “Empire” and thinking fondly of star Jussie Smollett, despite the allegations against him.

Smollett, who was accused back in February of staging a January 29th hate crime against himself, has faced extensive backlash following the controversy. His “Empire” character was discontinued from the show with uncertainties surrounding his return.

Regardless, Diggs rallies behind Smollett and has opened up to Extra about where he stands.

“He’s my boy and I will always be in support of him and that’s that,” he reveals. “It’s a very interesting time today. All I know is that you need to be a friend, and a friend isn’t a friend only when things are great. That isn’t what a friend is, that’s a fan.”

While the "Empire" days seem to be over for both Diggs and Smollett, he’s still open to the idea of future projects alongside Smollett.

“We’ve been texting. We are trying to find something we can work on together because people have no idea how talented that boy is,” he says.

And while the two are friends, it’s not lost on Diggs how much potential exists when it comes to Smollett’s talent. “Selfishly, I want to get some of that, so we got to figure that out,” he reveals.

Diggs recently made a $100,000 donation to AdoptsAClassroom.org, helping to bring an art program to a New York City public school.