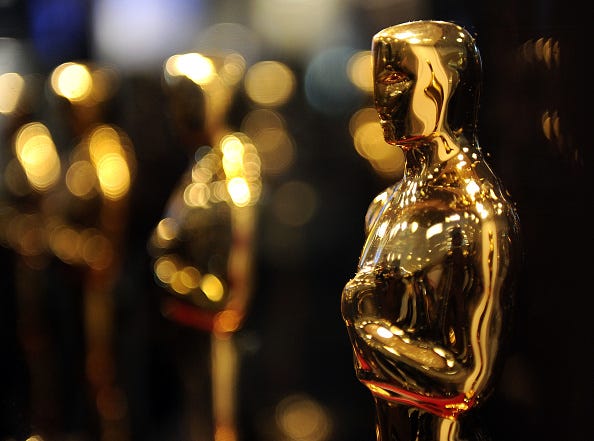 The Academy of Motion Picture Arts and Sciences created a lot of buzz ahead of Sunday night’s Oscars when they created a tool to help fans tweet about their winner predictions. The only problem is that they seemingly sent out their own predictions as well in a now-deleted tweet.

The Academy, in an effort to show off their new Oscar Prediction Experience tool, tweeted out a photo of their own predictions, which quickly gained traction on social media. The tweet has since been deleted, but the photo had circulated enough that it still lives on the platform.

Think you know who will take home an Oscar this year? Make your #Oscars predictions and tune in Sunday, Feb. 9 to see how you did!

According to the photo, the Academy is predicting big wins from films like “Parasite,” “1917,” and “Jojo Rabbit.”

Naturally, fans believed that the Academy had announced the Oscar winners early in tweeting the image. It wasn’t lost on fans that many of the predictions fell in line with critics’ best guesses when it comes to Oscar winners this year.

not the academy tweeting their own "predictions" for the oscars... pic.twitter.com/y63acMGQvk

After the blunder garnered tons of attention and questions from fans, the Academy issued an apology for the confusion, claiming to have only made an attempt at showcasing the new Oscar Prediction Experience tool, generated by fans.

“We invited fans on Twitter to make and share your #Oscars predictions. A ton of you already have. A brief issue on Twitter made some of yours look like they came from our account. They didn’t. This error is now resolved. And we’ll reveal our picks on Sunday,” the statement read.