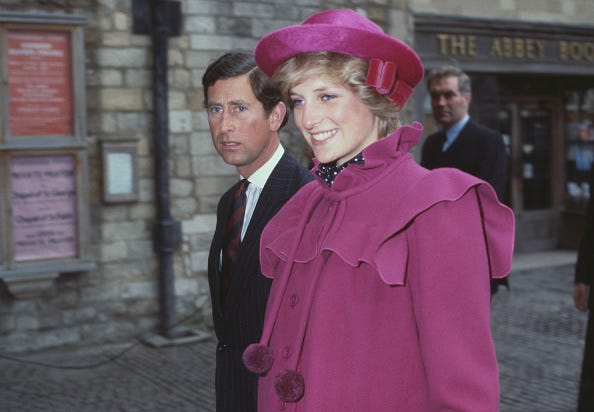 “The Crown” is giving fans a peek at their new royal couple.

Netflix has shared the first images of the latest actors in costume as Princess Diana and Prince Charles for the show’s upcoming 5th season.

In the newly released photos, “Tenet” actress Elizabeth Debicki takes over the role of Lady Di with “The Affair” star Dominic West as her estranged husband. "Princess Diana's spirit, her words and her actions live in the hearts of so many," Debicki previously said, per Entertainment Weekly. "It is my true privilege and honor to be joining this masterful series, which has had me absolutely hooked from Episode One." The cast of 'The Crown' ranked by net worth

While the show’s 5th season is set to take place during the ‘90s, it is still unknown if it will include Diana’s fatal car crash in 1997.

Netflix has yet to announce a premiere date for the 5th season, but a release isn’t expected until 2022.

After launching in 2016, “The Crown” is set to end its course with its 6th season.